The first five of seven SF titles Harlequin Books published between 1949 and 1959 are straightforward mid-century SF. Not so the last two. Arthur Conan Doyle's The Lost World (1912) is surely SF but isn't typically found in that corner of the bookstore. Forbidden by Lois Bull (1935 as Captive Goddess) is marginally SF as described in a contemporary advertisement:

Captive Goddess concerns an American aviator and one-time war ace, who is involved in an amazing series of adventures "somewhere east of Suez," on the island of Artocos. An English nobleman disguised as a sea captain, a sultan who is an Oxford graduate, a Forbidden Plateau: and its White Goddess, are but a few of the many remarkable characters the author has drawn in her latest mystery novel. The reader is taken from the squalor of Port Said, that wickedest of cities, to the splendor of a multi-millionaire sultan's summer palace, and he is taken in high-powered aircraft that mysteriously run short of fuel and deposit their pilots on the strangest island ever conceived by a writer of fiction. 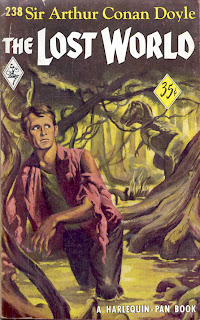 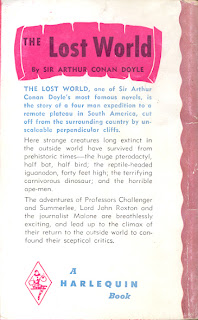 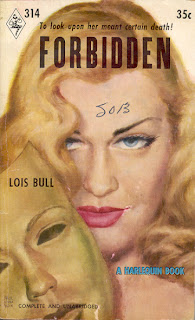 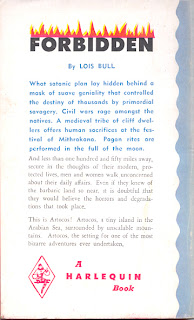 Harlequin 314 back
I mentioned in part II of these posts that the 1970s Harlequin SF imprint, Laser Books, was not a success. One measure of that is the number of titles that were subsequently published in revised editions - six from a total of 58. Surely a record.﻿ Here are two.
Ruler of the World becomes This is the Way the World Begins (1977)
Epitaph in Rust becomes An Epitaph in Rust (1989). See here for Powers's discussion about the Laser edition. 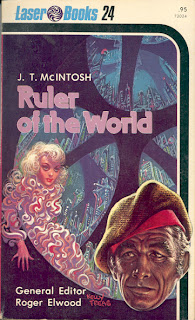 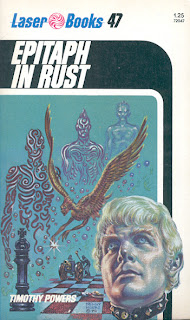