Harlequin and the RCMP Part II

The North-West Mounted Police was established in 1873 as a paramilitary police force to maintain law and order, and to be a visible symbol of Canadian sovereignty, in the newly acquired North-West Territories (including present-day Alberta and Saskatchewan). "Royal" was added to its name in 1904, and in 1920 the RNWMP merged with the DOMINION POLICE to form the ROYAL CANADIAN MOUNTED POLICE.

Harlequin Books loved the RCMP. Eleven of the 497 books Harlequin published between 1949 and 1959 were about the RCMP. Plus one more in 1960. With three of the books reprints there were nine titles in total. Here are two more from Harlequin - The Flaming Forest (New York: Cosmopolitan Books, 1921) and Devil's Portage (London: Cassell, 1940). Plus the American magazine True Detective Mysteries from July 1932 (Vol. 18 No. 4). 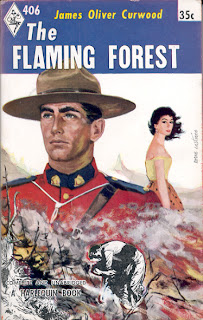 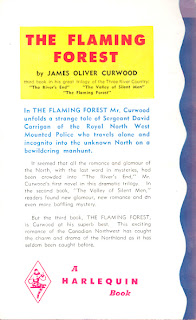 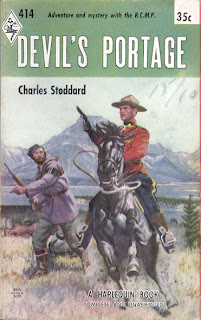 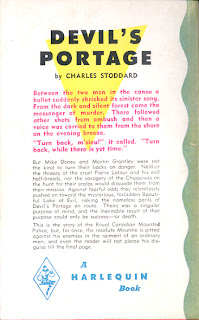 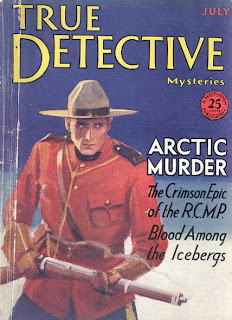