Another addition to the collection of vintage Canadian paperbacks - Against the Grain by J[oris]-K[arl] Huysmans (1848-1907). Published by Fireside Publications of Toronto (c. 1950) with an introduction by Havelock Ellis. First published in 1884 as À rebours, translated in 1922.

Unlike other Fireside novels which are magazine sized this book is digest sized. There are 128 pages, so the text is bowderlized - plus 15 illustrations.

The artist is Leo Orenstein.

Oddly there is another version of this title from Fireside. The text block is the same - just new covers. The cover tells the reader that it is the January 1950 issue of T.N.T. - "gusty [sic] - unusual - thrilling". The photograph of Fred Astair (!) is from the 1950 film Ziegfeld Follies. I don't know if there are other issues of T.N.T. 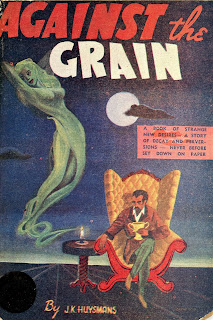 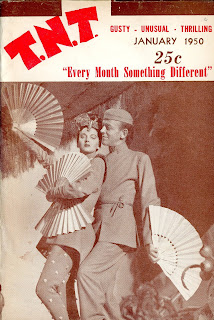