In my last post I discussed a small Canadian publisher's Armed Services paperbacks. As far as I know that is the only effort of this sort in Canada.

Wm. Collins Sons & Co. Canada started its White Circle imprint in spring 1942, 2 1/2 years after Canada declared war on Germany. Collins did not publish separate services editions but did acknowledge the war and asked its readers to share the books with "your friends in the services". 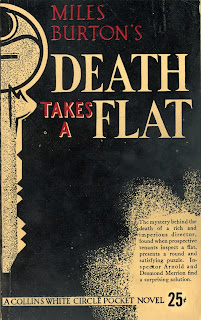 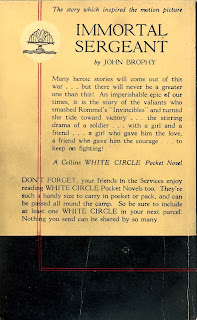 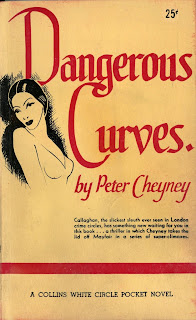 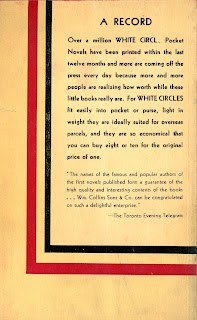 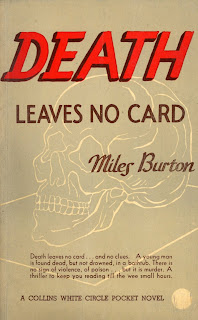 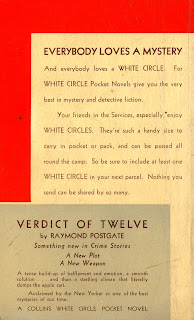 Canadian Paperbacks and WWII Part I

A recent post on a favourite blog has inspired me to comment on Canadian paperbacks and WWII.

Beaver Publications of Hamilton, Ontario published three books in 1941. They were the first mass market paperbacks published in Canada. All had illustrated covers that were sold on newsstands as well as armed services editions that were packaged as a gift box for families and friends to send to soldiers, sailors and airmen. The covers were coloured for the three services - Canadian Army (tan/yellow), Royal Canadian Navy (blue) and Royal Canadian Air Force (red). I have also seen a blue box. 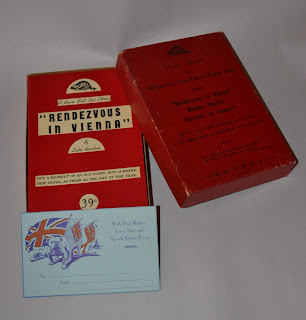 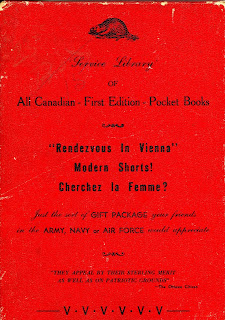 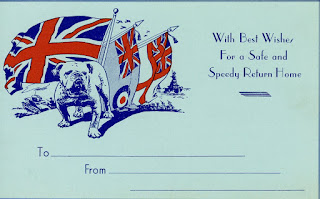 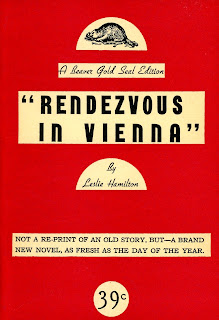 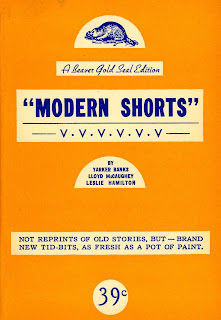 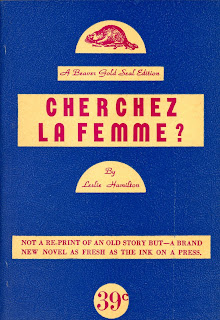 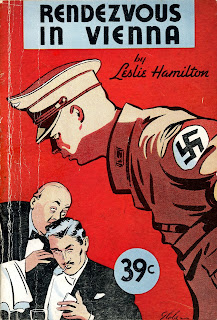