Coral Glynn by Peter Cameron is a novel just published by Farrar, Straus and Giroux.

It takes place in 1950 and is about a young nurse who has been engaged to look after a dying elderly woman living with her war wounded son and evil housekeeper in an isolated mansion in the English countryside. The woman dies and the nurse and son marry. Complications ensue, including a brutal child murder for which the nurse is a suspect. But Coral does marry happily. The book is Harlequin length at 210 pages.

So far so good, a Harlequin plot. Then there is the cover -  an old-fashioned on canvas by hand painting. A young woman seemingly at risk in some mysterious way. Nothing 21st century about the painting.

But there are problems. The writing is better than, I'd venture a guess, any of the tens of thousands of books published by Harlequin. Then there is the explicit homosexual angle. So not a Harlequin. 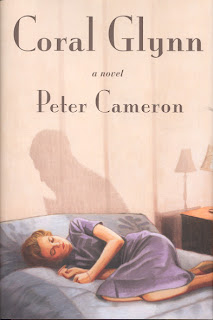 Likely the best known early Harlequin (and certainly the most expensive) is Brian Moore's first book Wreath for a Redhead. But the fame doesn't keep the unsigned artist from being anonymous.


However a few other Harlequins may help with identifying the artist. The art for the two books on either side of Wreath for a Redhead, to my eye, look like the work of the same artist. If that's the case then the artist on Wreath for a Redhead is Max Ralph. The Index of Canadian Illustrators lists him without any information. But I have seen an ad in a 1950 Maclean's with his signature matching the one on the Harlequin. 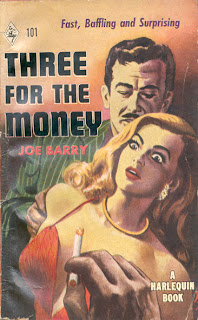 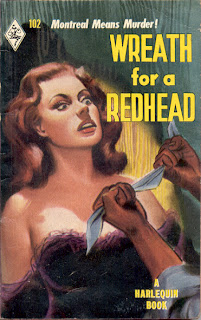 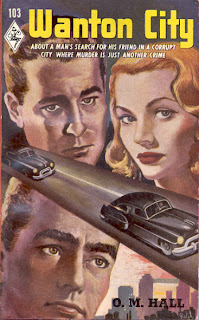 This Harlequin Book Part I

Between May 1949 and June 1954 Harlequin published 303 books, all, but 20, of which have the following phrase (or some variant) at the top of the copyright page:

THIS HARLEQUIN BOOK
edition is published by arrangement with

Most of the names to follow are the author or original publisher but not always. This is the first of a series about the "not always".

Donald MacCampbell, a literary agent in Manhattan for more than 50 years, died on Dec. 26 at Stamford Hospital in Connecticut. He was 85 and lived in Darien. He suffered a brief illness, said Maureen Moran, an editor at Donald MacCampbell Inc. in Manhattan. A few months ago, Mr. MacCampbell figured that he had negotiated some 3,000 paperback contracts. Most of them were for romances, mysteries and Westerns aimed at the mass market, many of them written under pseudonyms. But in 1960 he found a publisher for a series called Capitol Hill Books, which featured the writings of prominent legislators, among them Eugene McCarthy, Paul Douglas, Henry Jackson and William Proxmire. By Mr. MacCampbell's own account, most of the books were ghost-written. Mr. MacCampbell was a graduate of the University of Pennsylvania and Harvard University. He worked as a writer and editor at American Mercury and Atlantic Monthly Press before becoming a literary agent in Boston. He set up shop in Manhattan in 1939.

MacCampbell placed 15 books with Harlequin between June 1950 and November 1950, over half of the books published in that stretch. Wonder why the partnership ended? Sales level not worth the trouble for MacCampbell? Harlequin balked at an request for an increased royalty rate? I would love to get my hands on an early Harlequin contract. Must be some in an archive or two somewhere. 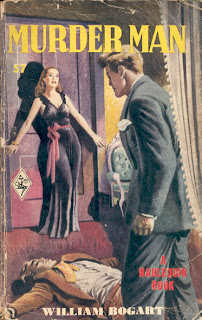 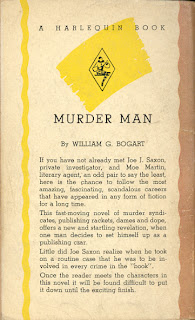 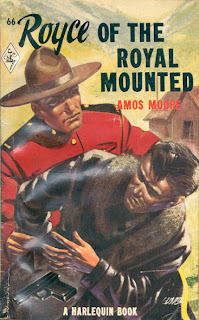 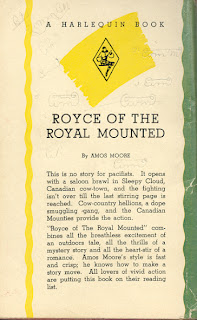 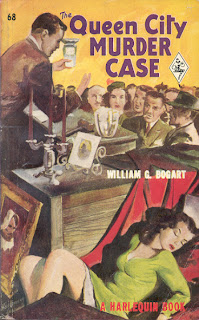 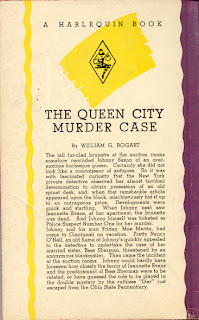 Harlequin 68 back
Posted by bowdler at 10:51 No comments: