In my last post on early Canadian mass market publisher Beaver Publications I discussed the armed forces editions of Beaver's three books. Each book also had an illustrated cover version which are very uncommon. But I have just recently found one of them: Rendezvous in Vienna was published with two different illustrated covers.

In these earliest mass market paperback days in Canada distribution had to be spotty. Especially for a Hamilton based publisher. There are more armed services editions to be found than the illustrated versions which were presumably sold in bookstores or, perhaps, on newsstands.

The editions are identical except for the covers. I don't know anything about the artist "Globe" but his name can be found on the odd Canadian pulp from the early 1940s. 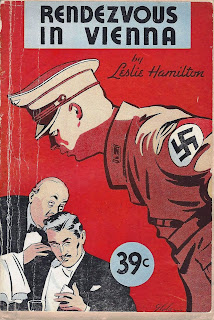 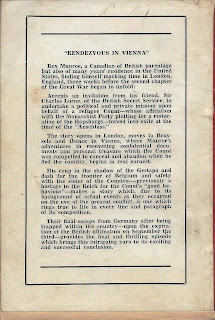 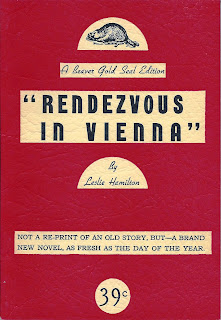 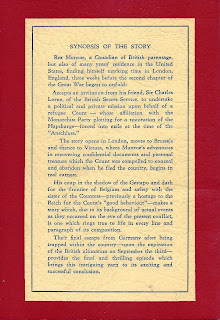 Thanks to Vehicule Press Gisele Lepin, like a breath of cool clean air, returns. Originally published by Export Publishing Enterprises in 1949 the Vehicule Press edition of Sugar-puss on Dorchester Street has a lovely adaptation (by J. W. Stewart) of the original artwork by D. Rickard (note initials on the window). Actually its the art on the Canadian edition. There was a further edition for the American market with artwork by Sid Dyke. And yet a third version on the DJ that is found on the American edition. Will Straw, who introduces the Vehicule edition, talks about buying the American edition in the mid 1980s. 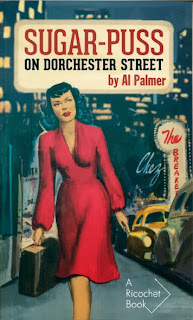 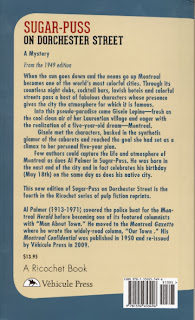 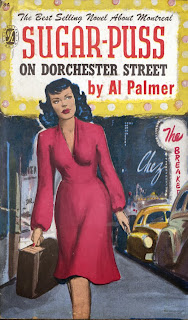 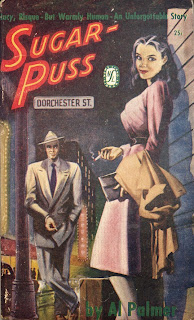 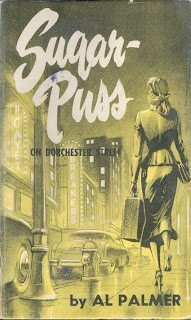 News Stand Library 20A DJ
Posted by bowdler at 11:51 No comments: