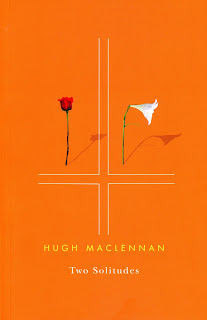 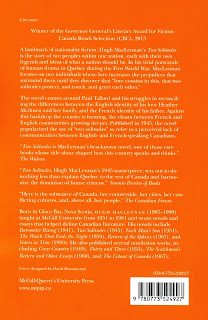 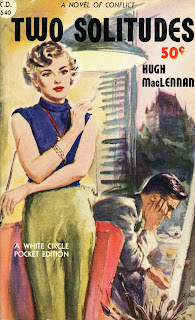 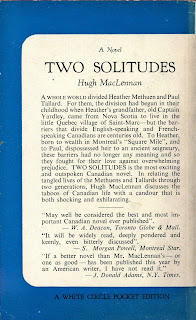 A Pocketful of Canada Part I

John Robins (1884-1952), a Canadian academic and author, edited A Pocketful of Canada which came out in three editions in the late 40s and early 50s, all by Wm. Collins Sons & Co. Canada. The cloth covered original in 1946 was followed by two paperbacks, one in 1948 and another in 1952. The 1952 edition is part of the White Circle imprint. The editions kept getting smaller - from 434 to 347 to 316 pages of text. Most of the cuts were in historical and informative sections with the literary sections remaining largely unchanged.

One of the contents is a seven page excerpt from a poem called "Between Two Furious Oceans" by Dick Diespecker (1907-1973) who a few years later was published by Harlequin. 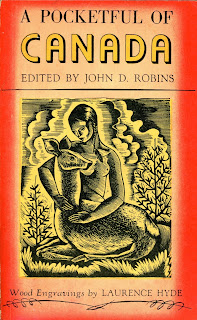 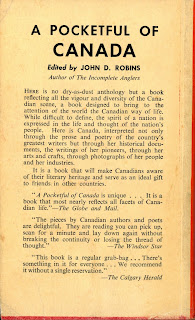 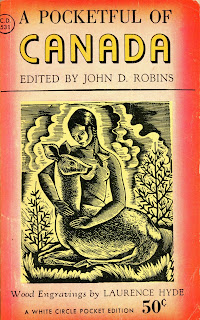 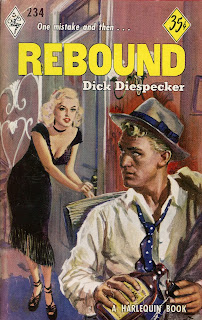 A recent correspondent (thanks, Ken) has pointed out that a book published by Canadian publisher Export Publishing Enterprises in 1949 is the first from prolific American author Daoma Winston. In Adam's Country is one of 156 New Stand Library titles Export published between mid 1948 and early 1951. In typical Export fashion the author name is wrong.

Four years later the story, with a revised text, was published by New York's Universal Publishing and Distributing under a new title - The Other Stranger. The cover copy is not correct but Universal may not have known about the obscure Canadian version. 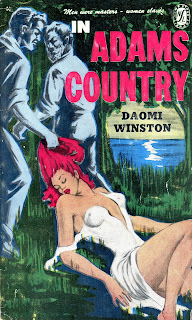 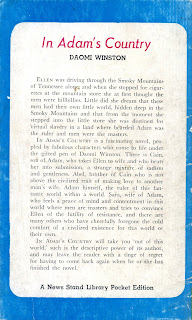 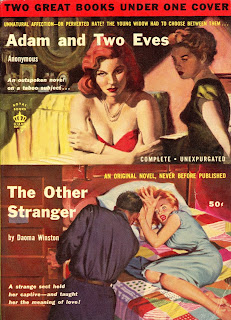 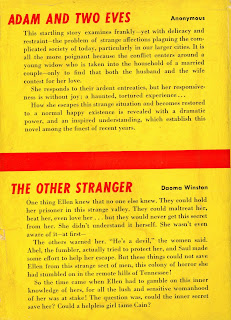