The most popular genre published by Les Éditions Moderne
Ltée of Montreal from 1944 to 1958 in their imprint Collection
Petit Format (CPF) was romance; French term “roman d’amour”.
Two hundred and fifty-eight (58%) of the 443 titles were romance. This large percentage is not surprising given how popular the roman d’amour was in France with thousands published in the last century.
The CPF titles were all originally published in France. One
popular author was Magali, pen name of Jeanne Philbert
(1898-1986), who has at least 28 CPF titles. Her novels
have “heroines [who] win respect through their virtue whilst
being passionately loved and desired by men whom, in their
turn, they find supremely lovable.” (Romance and Readership in
Twentieth-Century France by Diana Holmes, Oxford University
Press, 2006). 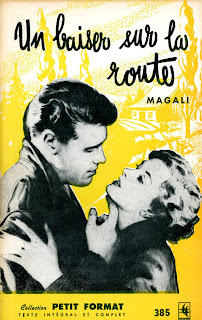 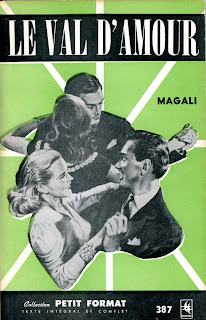 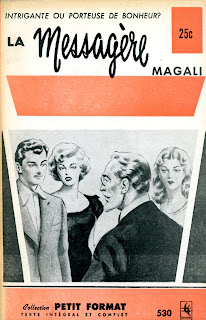 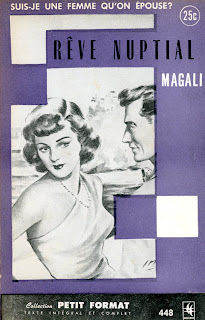 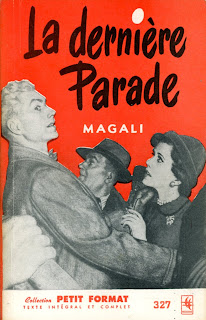 The art for the imprint was undistinguished, often a generic monochrome drawing, typically of a woman and man. One example is Dashiell Hammett's Pièges à filles (two of six stories from Dead Yellow Women, with two added). This is in contrast to the Presses de la Cité’s Un mystère books. The CFP cover is one of the generic covers while the Un mystère version is from the Dell edition of Dead Yellow Women.

A few times the CPF edition used the cover from the Un mystère edition, but printed in monochrome. An example is Cornell Woolrich’s (as William Irish) L’inspecteur ne sait pas danser (six of eight stories from The Dancing Detective). 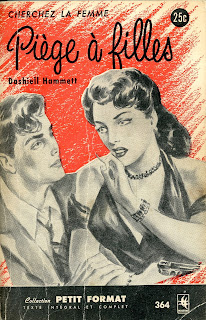 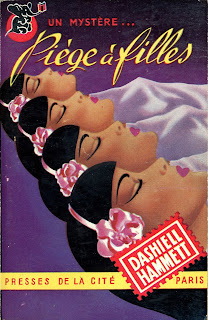 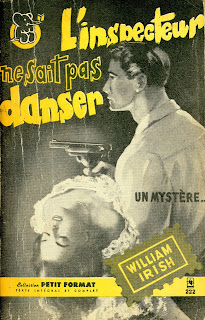 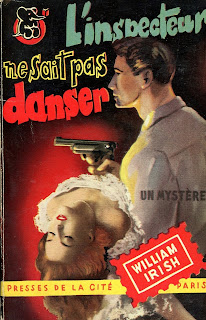 It has been a while since I posted about French Canadian paperbacks.

There are two authors who had books in each imprint - Peter Cheyney (1 book) and Merlda Mace (also 1), a pseudonym for Madeleine McCoy. Mace's second book Headlong for Murder was first published by New York's Julian Messner in 1943. The CPF title is Ici, danger. Below is Harlequin's edition of her third book Blondes Don't Cry. Both have as a character Christine Andersen. 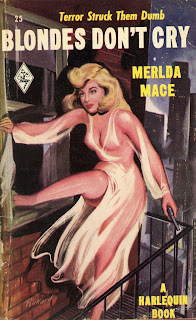 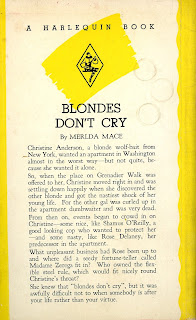 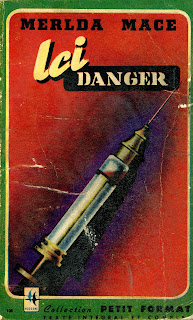 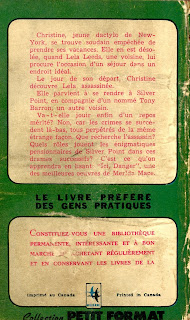 Collection Petit Format 108 back
Posted by bowdler at 11:13 No comments: