Geoffrey O'Brien's Hardboiled America (New York: Van Nostrand, 1981) is the best introduction to vintage paperbacks of the 1940s and 50s. Not so much a history it places these paperbacks in the world for which they were created. Hardboiled for O'Brien means "... naturalistic novels, political novels, spy thrillers, conventional whodunits - all those books that seem to orbit near the undefinable quality I have referred to as the hardboiled novel."

Not surprisingly American editions of the paperbacks are used to illustrate the book. There is a checklist of 334 titles (1929 - 1958) at the end of the book, of which 13 had early Canadian paperback editions. Here are two.

Harlequin's edition of Night and the City (New York, Simon and Schuster, 1946) by Gerald Kersh came out the same year as the first American paperback - Dell 374. 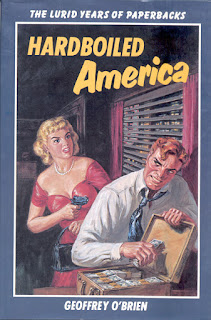 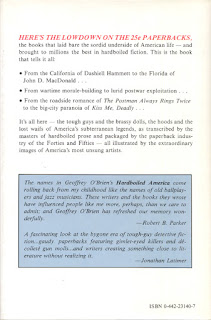 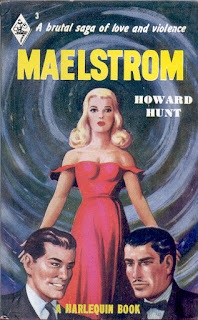 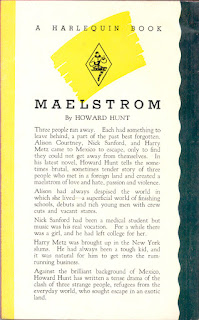 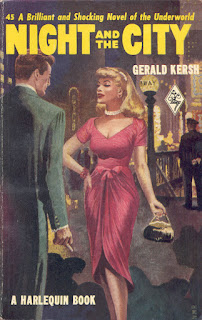 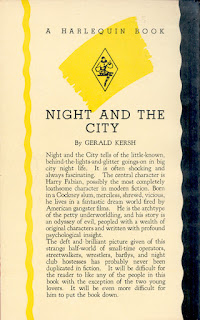 If you believe some book dealers' listings for the first 500 books published by Harlequin Books many are PBOs. In fact only 25 of the 480 titles (20 of the books are renumbered reprints) are PBOs. I suspect that one of the reasons is that almost one-fifth (87) of the 455 titles originally published by other publishers were retitled by Harlequin. Here are three examples.

Hoodlum Alley was originally titled At Your Service and published in 1932 by New York's Macaulay Company.

People of the Night was originally titled A Kingdom by Night and published in 1953 by London's Andrew Melrose.

Out of the Night was originally titled The Black Dark Murders and published in 1949 by New York's Quinn Publishing. This is a PBO.

Harlequin did not acknowledge the changes in name. 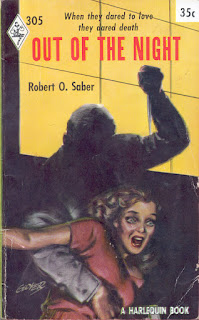 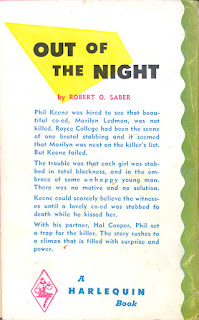 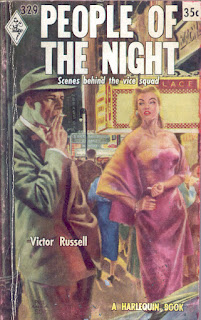 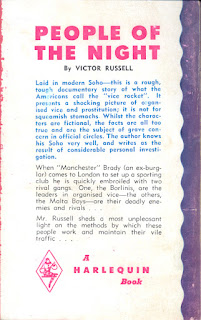 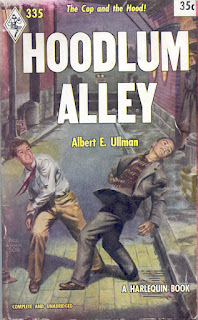 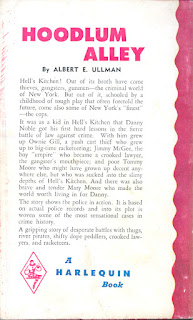