In the last post I discussed three of the 19 titles that Harlequin reprinted with new numbers in the series. Here's another one.

Unlike the earlier three examples there were changes to the newly numbered The Faro Kid. The same cover art is used but there is a redesign of the front cover, spine and back cover. In fact this is technically a new edition and not a new printing as the page breaks are different resulting in two fewer pages (126 vs 124). The earlier number had two identical printings in December 1950 and May 1952. 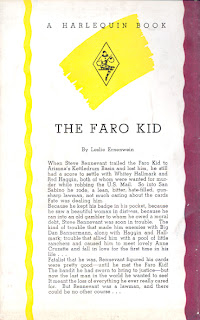 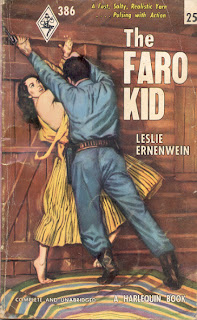 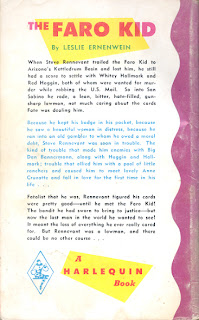