In earlier posts in this series I discussed 10, of 19, titles that Harlequin Books reprinted from 1949 to 1959 with a different number in the series. Here is the eleventh. Paprika has two interesting covers. The cover on the first and second printings is, to my mind, the oddest of the 486 covers that are seen on the Harlequins during this decade as the only photograph cover, of seven, on a fiction title.

The third printing's cover is a copy of the first American paperback published in 1952 by Universal Publishing and Distributing of New York. Note the changes - Paprika's smaller décolletage and the background dancer's pants. This cover has the correct spelling of the author's name. The back covers on the Harlequin printings are the same. 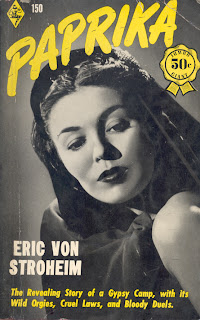 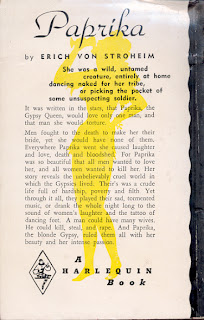 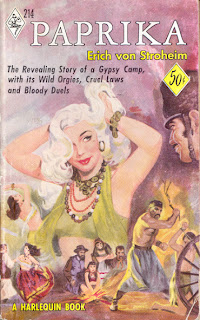 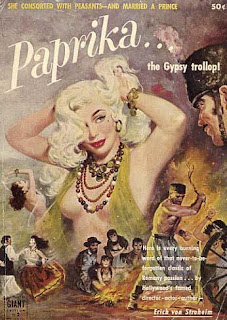