It has been a number of years since I posted about small Toronto publisher Crown Novel Publishing who sold paperbacks in the post war UK. They are unnumbered so it's an open question how many were issued.

Artists, Models and Murder (1946) by Tedd Steele is special for a few reasons. One, it is the only paperback original from Crown. It has a biography of Steele at the back. Second, it was rebound as a hardcover. The front cover has been cut and pasted, poorly, to the front board. I have seen another hardbound copy so it was likely done either by the publisher or the UK distributor, perhaps for the library market. So far this is the only Crown that I've seen like this. Third, it was published in a new edition by Export Publishing in 1948 as one of the first two in their News Stand Library imprint. The Export is a mass market while the Crown is a digest.

The text is the same. The only difference is each of the 37 chapters in the Export edition has been given a title. A few examples -

"The Nude in the Cottage"

"Blonde at the Bedside" 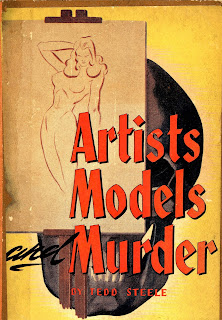 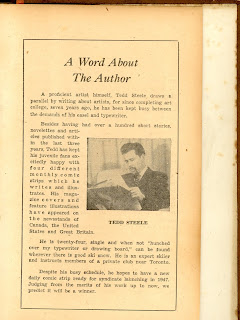 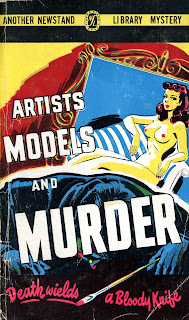