Wm. Collins Sons & Co. Ltd. published approximately 825 books in their White Circle paperback imprint from 1936 until 1959 in Britain. They also published White Circles in Australia, New Zealand, Canada, Ceylon and India. In this post I'm going to talk about the Indian editions.

I have four Indian editions:
Death before Honour by David Hume - cover identical with the Canadian edition - White Circle 107 published in 1943.
And three by Nicholas Blake (pseudonym for Cecil Day-Lewis):
Malice in Wonderland
The Beast Must Die
A Question of Proof

The first two Nicholas Blake books have an illustration used in many British and Australian White Circle editions. The source for the cover to A Question of Proof is not known. None of the books have a date. Two are printed and published in Bombay and two in Madras. They sold for 14 annas. Sixteen annas equaled 1 rupee and 1 rupee equaled 1 shilling six pence.
How many other editions are there? 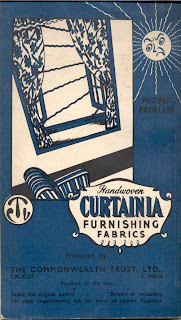 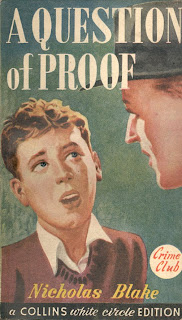 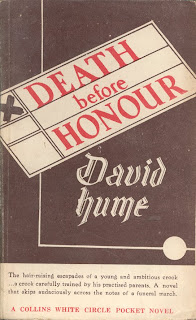 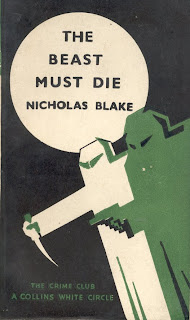