Stephen Leacock's self published his first literary book, Literary Lapses, in 1910 when he was 40. In 1939 the first paperback edition was published by Penguin Books. Six years later Wm. Collins Sons & Co. Canada Ltd. published its White Circle edition. In January 1958 Canadian publisher McClelland & Stewart published Literary Lapses as one of its first four offerings in the New Canadian Library (NCL) imprint. Coincidentally the Penguin edition is 212 and the White Circle edition is 213. The Penguin edition has a dust jacket identical to the book's covers except for the flaps.

A Bibliography of Stephen Leacock by Carl Spadoni (Toronto: ECW Press, 1998), pages 97 and 98, notes that the Penguin edition sold over 46,000 copies in the first five months after publication. The bibliography also notes that McClelland & Stewart held the Canadian rights to the book and refused Collins (who were Penguin's agent in Canada) permission to sell the Penguin edition in Canada. But in 1945, the year after Leacock died, Collins was able to publish the first Canadian paperback edition. The Collins edition has been printed from the same plates as the Penguin edition.

The Penguin edition has a short biography of Leacock but no introduction. B. K. Sandwell, a Canadian editor and author, provided a three page introduction to the Collins edition which also had a couple of photographs of Leacock by the celebrity photographer of the day, Karsh. The NCL edition has a five page introduction by Robertson Davies and remains in print. The texts are the same except the NCL edition doesn't have a one page of acknowledgements from the author. 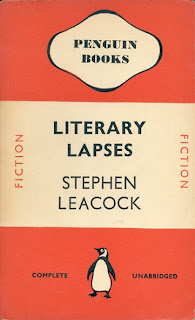 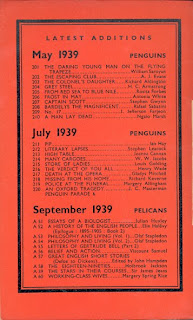 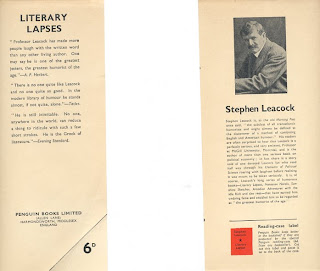 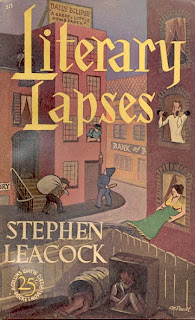 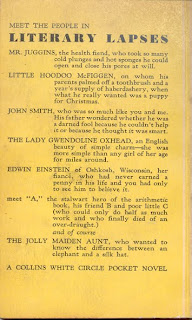 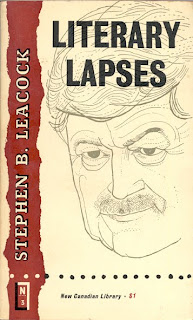 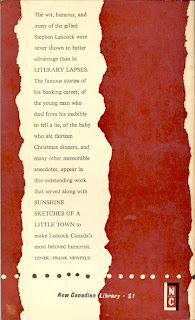 New Canadian Library 3 back cover
Posted by bowdler at 10:04