In the eighth post in this series I discussed my favourite reprint series of the early Canadian paperbacks. I had a list of 16 books from Wm. Collins Sons & Co. Canada Ltd. originally published in 1943 and reprinted in 1944, 1945 and 1946, all with different colour covers. I have just found a seventeenth.

Footsteps of Death by Victor Gunn (pseudonym of Edwy Searles Brooks, who also wrote as Berkeley Gray) was first published in London by Wm. Collins in 1939. The Canadian subsidiary published it in their White Circle Pocket Library paperback series in 1943 with a new printing in 1944. 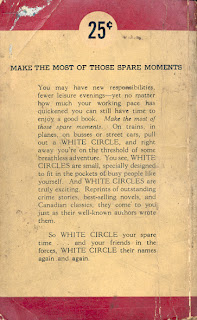 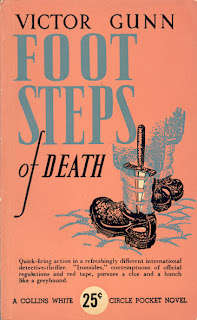 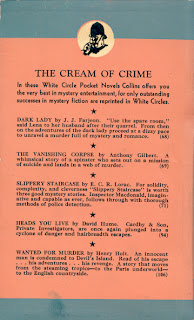