Many of the paperbacks published by Wm. Collins Sons & Co Canada in their 1940s White Circle imprint were also published in the US. One example is Edgar Lustgarten's (1907-1978) first novel One More Unfortunate. First published as A Case to Answer in the UK (London, 1947), the American edition was renamed.

The first American paperback edition is distinguished by being one of 27 books published by Bantam from 1945 to 1949 with a dust jacket. Interesting how the DJ version cover has the same scene as the White Circle edition. Both are tamer than the original Bantam cover. 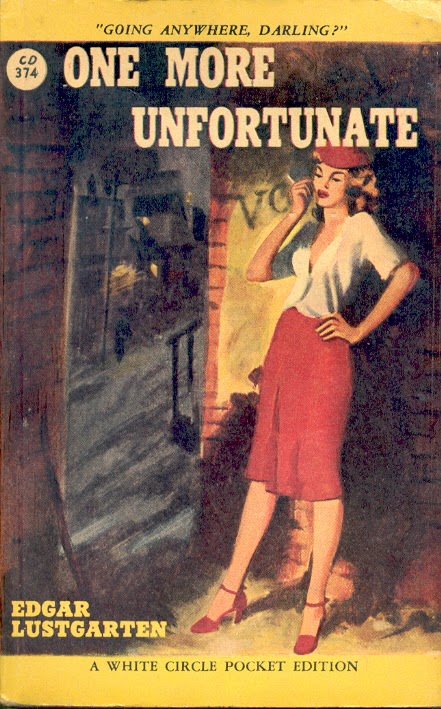 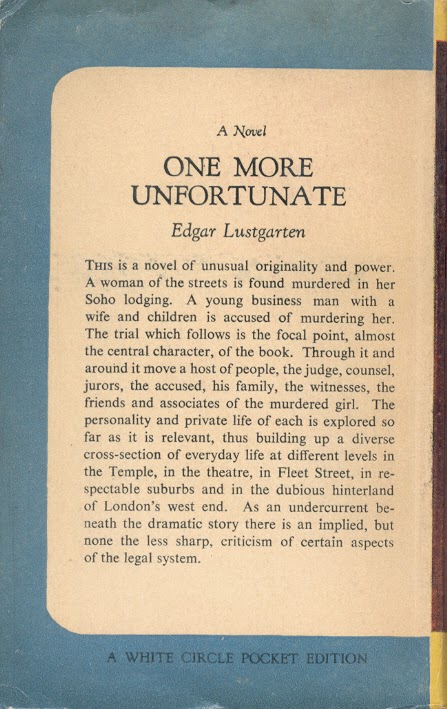 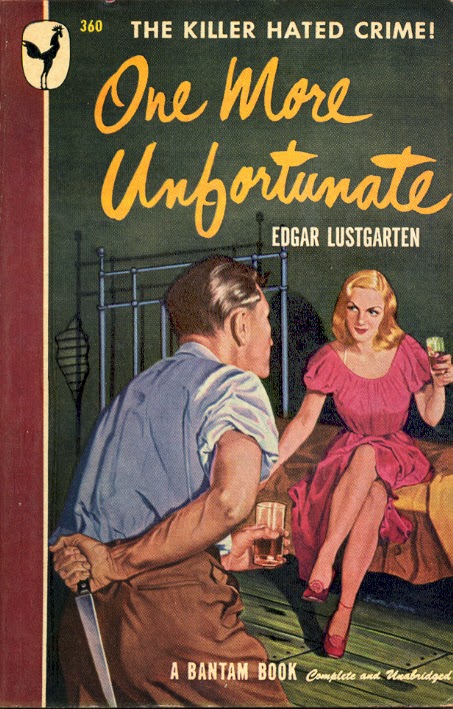 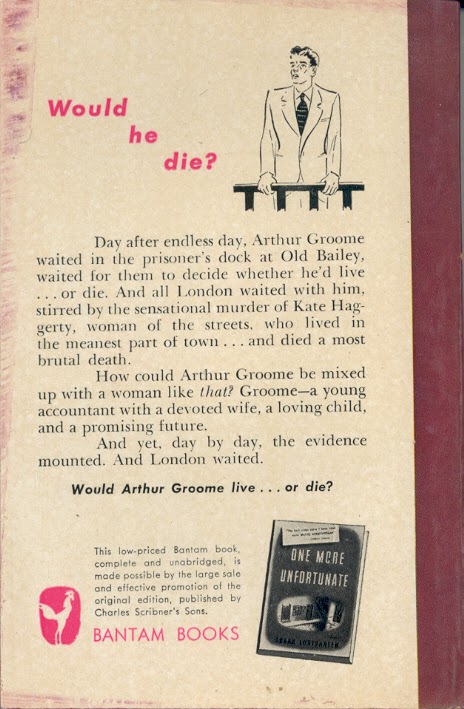 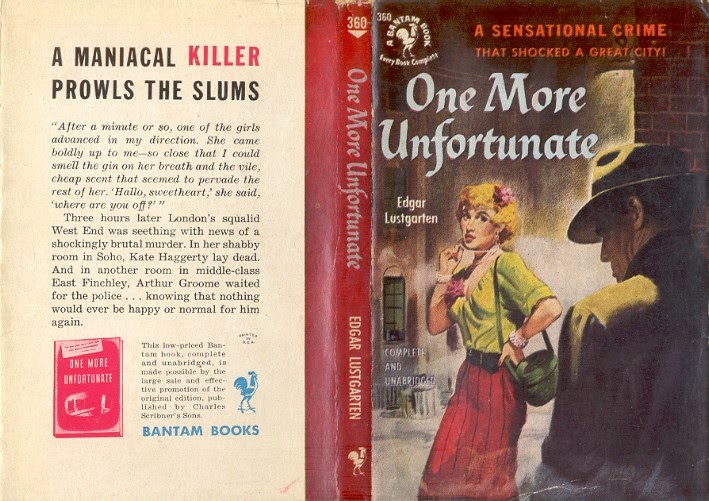