Martha Ostenso (1900-1963) found early success with Wild Geese (1925). She lived for a time in Canada but lived most of her life in the US. Her bibliography appears complete but is missing one novel. No doubt because of its odd publishing history.

First published in the February 1938 issue of McCall's, and the Town Talked eventually found a book publisher. Toronto based Export Publishing brought the novel to the Canadian newsstand and drug store in September 1949. Living in the US it is possible Ostenso did not know about the book. The Export edition is nearly complete with a few sentences removed at the end of some of the chapters to make the chapter end at the bottom of a page. It was also published in a July 1939 issue of Australian Women's Weekly.

Export, as always, was enthusiastic about their publication:

"and the Town Talked is a gripping story of a vivacious and daring dancer who rocks the smug aristrocacy of North Hill with corroding scandal. ... Martha Ostenso in her vigorous and inimitable style, has created a masterpiece, intriguing the reader with its wealth of human emotions." 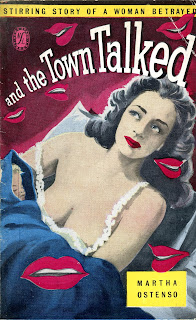 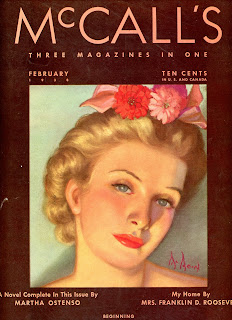