Just eleven years on from 1867 The Cromaboo Mail Carrier was published in Guelph, Ontario. The author is Mary Leslie (1842-1920). Cromaboo is Erin, described by Leslie as "the most blackguard village, and is settled by the lowest Irish, Highland Scotch, and Dutch. ... Fights are frequent, drunkeness flourishes, vice abounds; more tobacco is smoked there than in any village of the same size in the Dominion; swearing is so common that it passes unnoticed, and there is an illegitimate child in nearly every house." The good citizens of Erin were not happy and looked to have copies destroyed. The book is rare. 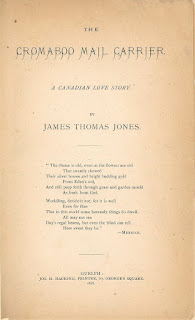 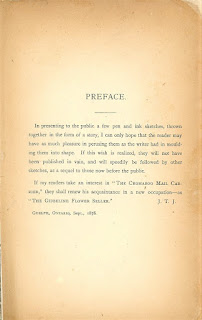 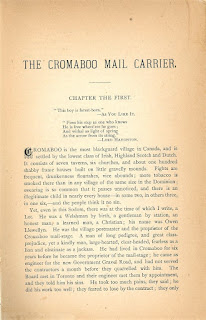