In the last Collins White Circle authors post I noted that there were 142 authors published by Collins in the WC imprint - 153 if you ignore pseudonyms. Seventy-eight authors had just one book published. In this post we'll look at one of these authors who used a pseudonym - James Hadley Chase. Actually Chase is a pen name - his real name was Rene Brabazon Raymond.

Chase's most famous (and infamous) novel was his first of over 80 - No Orchids for Miss Blandish published in 1939 by Jarrolds of London. In the next 70 years the book was retitled, revised, bowdlerized and censored by publishers and modified by the author to produce at least five versions. It also has been filmed twice - a low budget British in 1948 and under the title The Grissom Gang in 1971, directed by Robert Aldrich.

The only Chase book published by Collins was More Deadly than the Male under one of his little used pseudonyms Ambrose Grant. The original edition was published in London by Eyre & Spottiswoode in 1946. The White Circle edition dates from 1948 and has a photo cover - one of 34 Collins produced.

It is interesting to contrast this single White Circle edition with the 24 published by Harlequin from 1951 to 1958. Sixteen were under the Chase name and eight under another pseudonym, Raymond Marshall. Keeping the WC edition company below is three Harlequins. 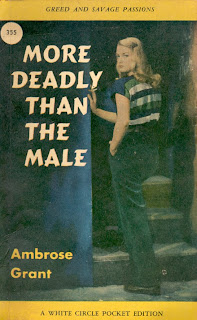 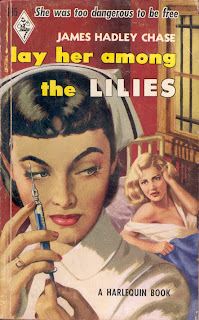 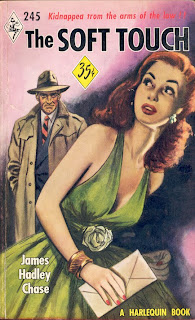 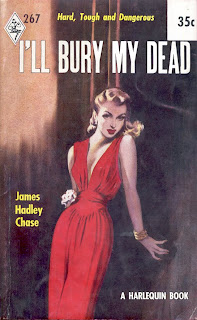