Harlequin Enterprises has famously been compared with P&G where an early Harlequin president cut his marketing teeth. The books keep arriving every month and then make room for the next month's product. And like P&G toothpaste Harlequin books are not reprinted except as special collectibles.

But at one time, like more traditional publishers, Harlequin did reprint. For example, in 1959, the last year before Harlequin became an all romance publisher, 52 books were published, 35 romance. At least 28 of the romances were reprinted through the early 1980s for a total of over 80 reprints. Some titles were reprinted six or more times. Printings through 1974 used the original numbers. After that titles were reprinted in two special series - Harlequin Collection in the mid-to-late 1970s and Harlequin Classic Library in 1983.

Here's an example of a reprinted 1959 title. Nurse Harlowe was first published as Folly of the Heart (London: Mills & Boon, 1954). 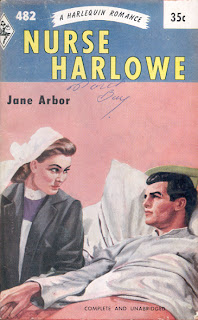 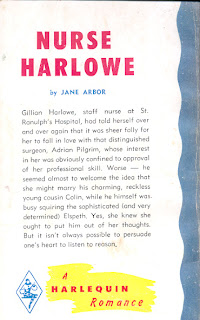 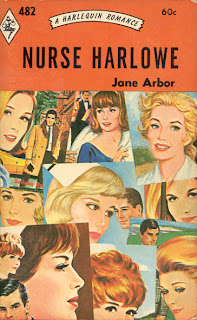 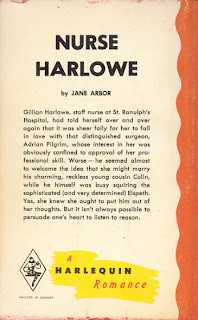