Three time Governor General's Award winner Thomas H. Raddall (1903-1994) was a popular Canadian author from the 1940s to the 1960s. Today I imagine he is little remembered outside of Nova Scotia where he spent most of his life. Here there is a provincial park, a county archive, and an award for fiction named after him.

Harlequin Books published four of his novels with Raddall's second novel, Roger Sudden, first. Originally published by McClelland & Stewart in 1944, it is still in print. It was also published in the US and UK as well a five part serial in the pulp Adventure.

The Harlequin edition is 320 pages long but we are told on the copyright page that it is "abridged for your reading pleasure." I wonder what Raddall thought of that. The abridgement is not subtle with whole paragraphs dropped at random. For example five of the first ten paragraphs are excised. 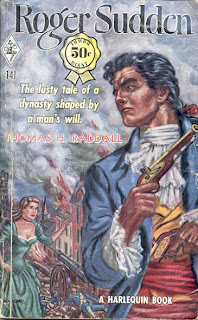 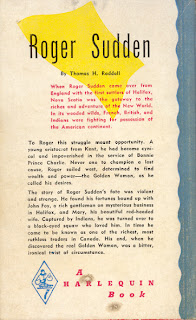 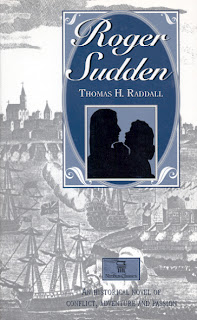 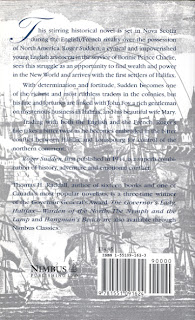 Nimbus back
Posted by bowdler at 10:42