Wm Collins Sons & Co. Canada Ltd. published 459 books in its White Circle imprint from 1942 to 1952. Thirty titles were published in two editions (i.e., two different numbers in the series) leaving 429 separate titles, some of which were reprinted. Collins was not consistent, particularly in the first years, in indicating a reprint. For some books it isn't possible to choose the first printing from among variants. Here are two titles with three reprints, all of which can be identified. 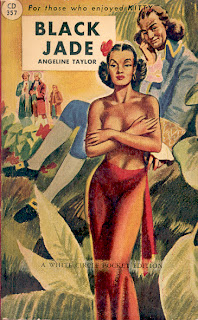 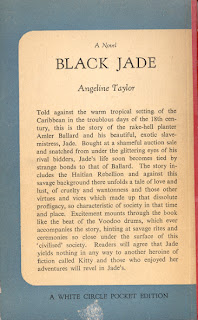 White Circle CD 357 back
The first White Circle printing of Trouble in July by Erskine Caldwell is also 1948 with no print date. The second printing is not indicated but an ad on page 192 with 1949 books identifies it as a later printing. The third and fourth printings are marked "REPRINTED 1951" and "REPRINTED 1952" respectively on the copyright page. Each printing has a different house ad on page 192. The other difference is slightly different colours on the covers. The covers of the first and second printings are below. The third and fourth printings front covers are virtually identical with the second. The back cover of the fourth is identical with the second but the blue of the back cover of the third printing is slightly different from the other printings. 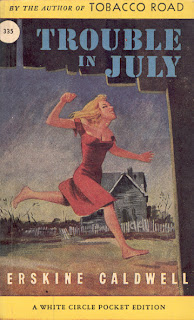 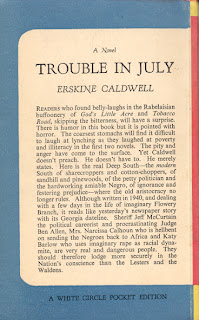 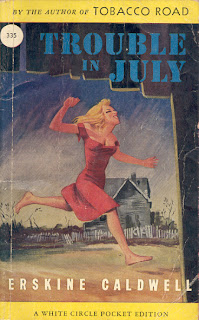 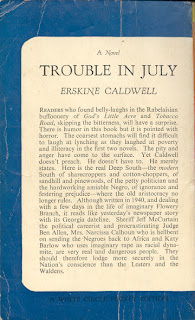 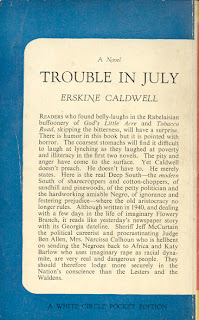