On November 8, 1895, five-and-a-half months after the the English edition of The Time Machine was published, Wilhelm Conrad Roentgen discovered X-rays. This was the start of an extraordinary decade of discovery in physics, ending with Einstein's Special Theory of Relativity. In between radioactivity (1896), the electron (1897) and the solution to the black-body problem, (i.e.: quanta, 1900).

How appropriate that The Time Machine was published at the beginning of that period. But when did the story take place? The internal evidence, when Wells refers to a real world event, is early 1894. A well known Wells scholar proposes 1901 - the beginning of the new century. He suggests this ties in neatly with the year 802,701 when most of the story takes place, this year being 800,800 years after 1901. Then we come to the abysmal movie version released in 2002. In addition to the obvious changes to the original story, the movie story takes place in 1899. Why? Who knows. More disturbing is the J.M. Dent Everyman movie-tie-in edition referring to 1899 while, of course, reprinting the original. 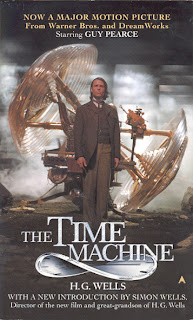 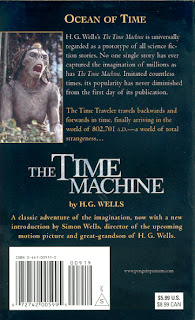 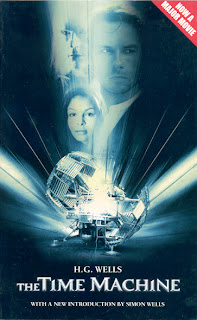 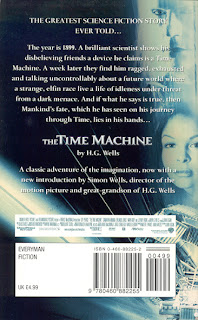