Nurses in Canada Part I

The "nurse" romance was a robust genre in the mid 20th century. Canadian paperback publishers took note and reprinted many American and British titles. Here are three that my mother, a nurse, would have found absurdly funny.

"And a nurse you shall be -- though of course you know you're much too pretty for it! How can you expect a doctor to keep his mind on a patient with you around?" said Dr. McPhail, with a little teasing laugh. 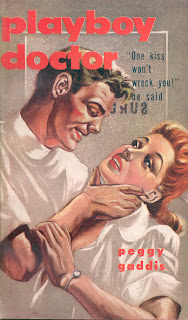 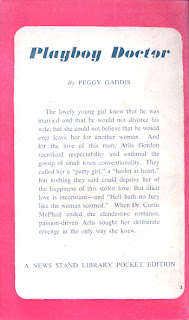 News Stand Library 130 back
Elliott wouldn't let Bunny go. The rubbing alcohol had spilled all over his chest and onto the bed, but he kept his arms about her and gave her a playful kiss as she tried to pull away. 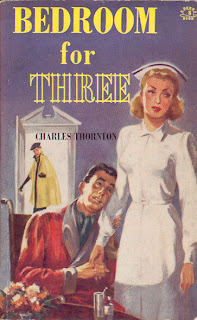 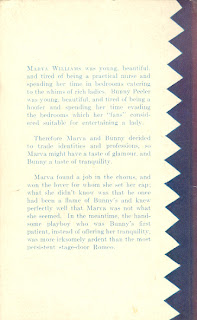 Derby 8 back
Deborah was surprised to see the tears in the eyes of the strict superintendent while Doctor Hamilton found it impossible to do more than press her hand and bluster that she had been a foolish, headstrong, glorious idiot, dammit! 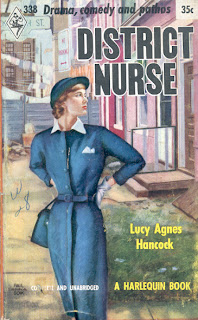 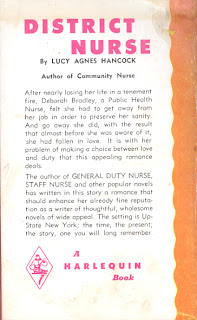