Winnipeg's Stovel-Advocate Press published Grey Cup or Bust in August 1954. Written by well known sports columnist Tony Allan the book must have been popular because there are five variants, three of the first printing and two of the second printing, also in August 1954. 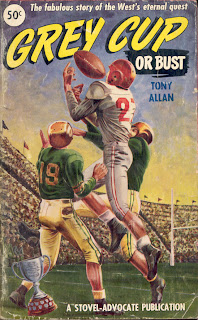 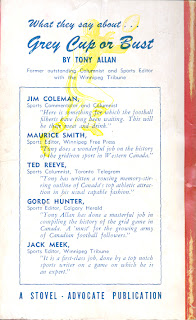 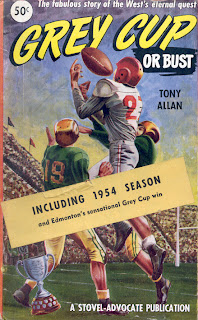 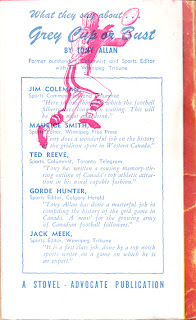 second printing
Posted by bowdler at 12:12