In a couple of posts I discussed six of the 44 (of 481) titles that Harlequin Books published between 1949 and 1959 that were historical. Here are a couple more, both with Captain in the title.

Captain for Elizabeth by Jan Westcott (New York: Crown, 1948) and Verne Fletcher's Captain Gentleman (London: Gerald Swan, 1942) are both of a genre little seen today - Pirate novels. They're around but likely grafted on to a horror or fantasy story and/or marketed as a youth novel. Or a clear romance such as here. 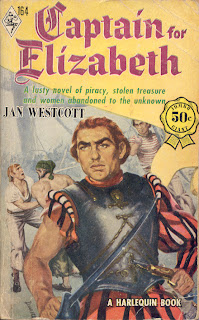 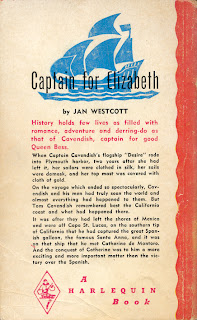 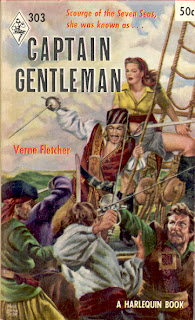 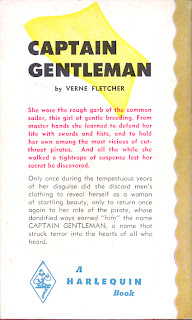