In the last post in this series I discussed an early reprint in Wm. Collins Sons & Co. Canada's White Circle imprint. It was an example of reprints from 1944 and 1945 where the cover colours were changed.

The 1945 reprint of Spades at Midnight by Stephen Maddock is another example. The book was originally published in 1940 by Wm. Collins Sons & Co. of London. The Canadian company had already published the book in 1942 during the first year of the White Circle line. 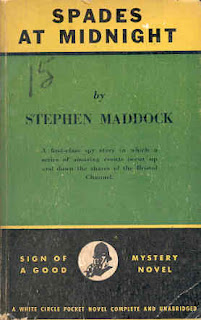 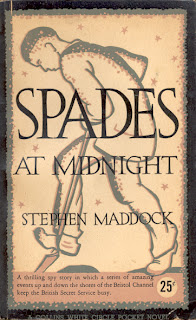 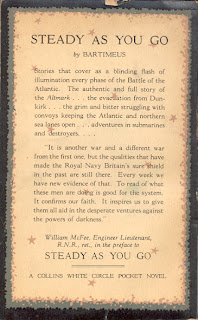 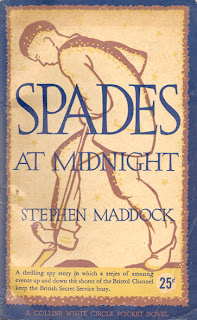 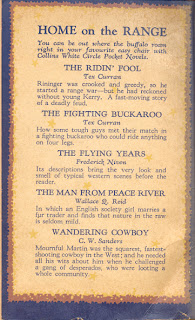