Merrill Denison was a Canadian playwright, novelist and author of business histories. The linked biography mentions his mother, Flora MacDonald Denison, but doesn't note that she was an author as well. Thanks to Brian Busby at The Dusty Bookcase for this link to Mrs. Denison's biography.

Mrs. Denison's book, Mary Melville, The Psychic, was published in 1900 by The Austin Publishing Co. Limited of Toronto. Mary Melville comes with both an introduction and a foreword. The story is described as "thinly disguised fiction". A couple of paragraphs from the foreword will give a sense of the tone of the book:

"To readers [who fail to recognize the possible truth of "Mary Melville, The Psychic"] we would say that the marvelous features of the story .. find abundant illustration and confirmation in the Bible and in the attested experiences of patient and careful scientific investigators of our own age.

"They form the basic facts in the origin of all religions, the so-called miracles being resolvable ... into manifestations of psychic power in strictest accord with law, however arbitrary they may appear to the ignorant." 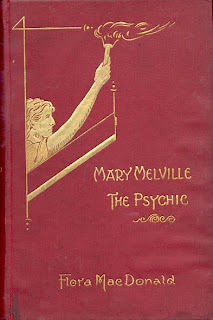 Wm. Collins Sons & Co. Canada Ltd. published two of her son's books in their White Circle line. The first, Harvest Triumphant, is a history of Massey-Harris. As described in an earlier post this book was outside of the main White Circle series. The other WC is Klondike Mike, first published by William Morrow in 1943. 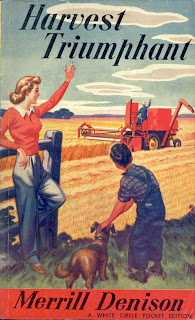 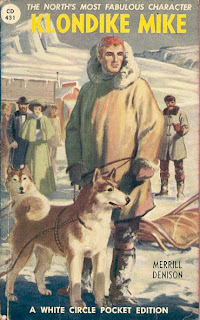 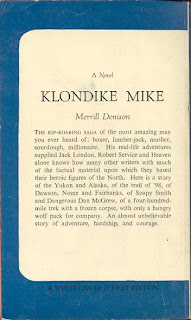