In part I of Export Publishing Enterprises Ltd and Peggy Gaddis I presented the first 6 of 13 books written by Gaddis and published by Export. Here are the next four. As an added attraction I've shown their publishing history. The information is largely provided by Kenneth Johnson's Bibliography supplemented by my research.

The seventh Gaddis book is Sin and Shackles as by Gail Jordan. Originally published as Love Slave by New York's Phoenix Press (1949) it was reprinted in 1949 under the original title by Century Publications of Chicago as Century Book 119. 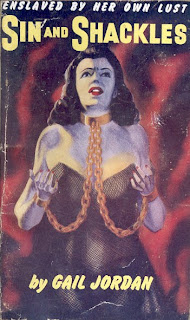 News Stand Library 103 - April 1950
Next is the first Export book under Gaddis's real name - Playboy Doctor. This one is a mystery. I can find no earlier publishing history. 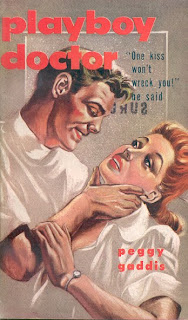 New Stand Library 130 - September 1950
The second Export under her real name is Her Mother's Lover. The 1936 first edition is Two Women from Godwin Publishers of New York. The Export edition notes that the story has been "slightly revised". 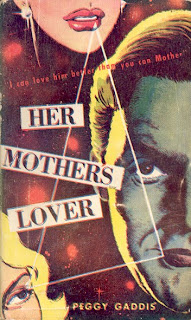 News Stand Library 149 - November 1950
Finally we have Men Call Her Tramp as by Joan Sherman. First published in 1950 by Falcon Books of New York as Men Call Her “Tramp” as an unnumbered Exotic Novel. Then by New York's Hanro Corporation in three editions: as A Lover for Anne by Sylvia Erskine (revised), Carnival 906 and as Farm Hussy by Sylvia Erskine, Carnival 929 (reprinted Carnival 938). The Carnival books are circa 1953/1954. 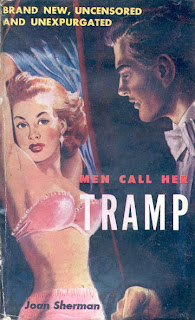 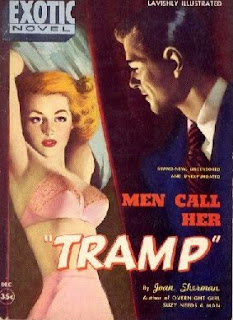 Exotic Novel
Posted by bowdler at 09:17