In the summer of 1935 the first ten modern mass market paperbacks (MMP) were published by Britain's The Bodely Head as Penguin Books. Four years later the first ten American MMP were published by Pocket Books. Today Penguin and Pocket continue to be have strong publishing programs as divisions of larger media companies. The Canadian story is a bit different.
Canada's first MMP publisher was Beaver Publications and its publishing legacy is three books, all published in 1941.
The books were produced with high quality paper and binding and also exist in editions with a scene from the book on the cover. Unlike the first Penguins and Pockets, Beaver's books were not reprints. Two books are novels by Leslie Hamilton and one a collection of stories by three authors including Hamilton. The story collection has a biography of Hamilton which says virtually nothing. The publisher's motto was " If it's a Beaver release - it's good!". That may have been true but low distribution combined with high production costs likely brought a quick end to the Beaver. 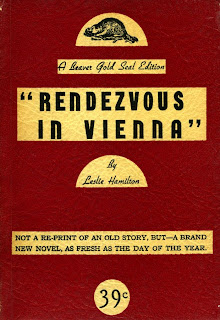 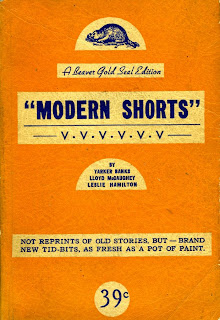 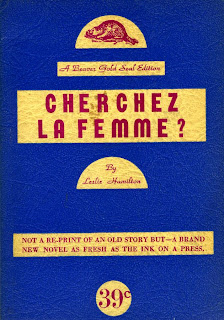