Travellers Pocket Library - Canadian? You be the Judge! Part I

In 1949 a series of six paperbacks were published by Ward-Hill Books of New York. The series was called Travellers Pocket Library (TPL) and each book was called "A TPL Best-Seller". The books were numbered 100-104 and 106. Number 105 isn't known to exist. The books were a mixed bag of three reprints and three apparently original novels. One reprint is instantly recognisable - Lady Chatterley's Lover. The other is Venus in Furs by Russian Leopold Sacher-Masoch. Masoch lives on in the word masochist. 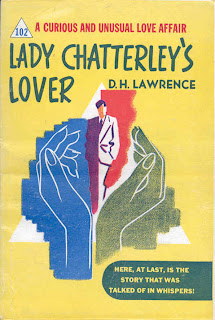 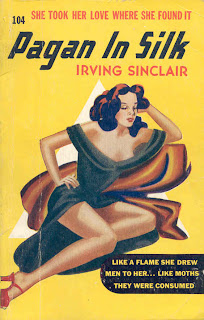 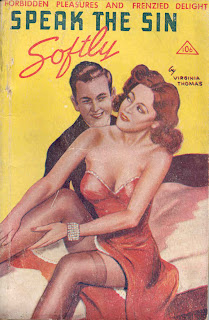 Collectors of paperbacks consider these books Canadian. The obvious question is why since the publisher address is New York. The books state "Printed in Canada" but that in of itself is not significant. A few of the books have an ad on the inside back cover by Medical Publishing Corp. of Toronto. The same ad and different ads for the same product can be seen in Canadian paperbacks although the company is sometimes British News Agency, still of Toronto. Finally, the covers show work by different artists but the cover of Speak the Sin Softly looks to be by the artist who did the covers of a series of paperbacks called Crow published by Alval Publishers of Toronto. 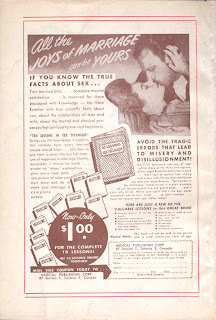 So Canadian or not?