Keith Edgar wrote seven novels for Canadian paperback publishers in the 1940s. In order of publication (all Toronto):

Honduras Double Cross (Howard Publications, 1944) - "a story so remarkable, and full of exciting adventure, that your interest is held in mystifying suspense right up to its thrilling climax." 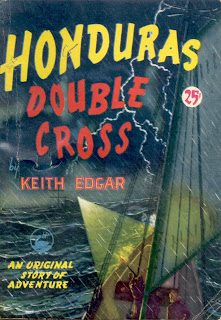 I Hate You to Death (F. E. Howard Publications, 1944) - "Basil Hayden, Publisher of a chain of magazines .. is confronted by seven writers and artists who ... have done work for him with nothing to reimburse them but abuse and ill-feeling. This is a story full of action and humor, and is well worth while for all lovers of mystery." 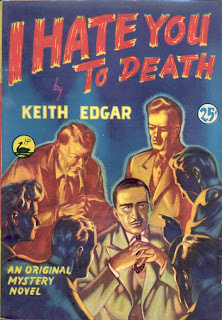 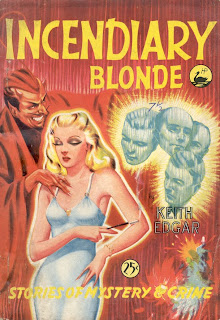 The Canyon of Death (Bell Features & Publishing Co., Limited - 1946) - "How Luke Sheldon turned the peaceful town of Ranger into a bloody battlefield makes this hard-riding and hard-shooting tale impossible to put down until the last Sharps rifle has fired and the last Colt is silent." The Kunwak Treasure (Bell Features & Publishing Co., Limited - 1946) - "From the moment when they are stranded in the hostile wilderness, the story moves forward with breathless pace and the reader will find it impossible to put the book down." 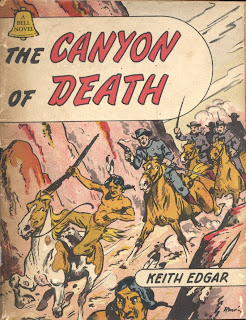 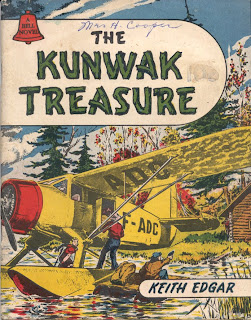 Arctic Rendezvous (Wm. Collins Sons & Co. Canada Ltd., 1949) - "Here is the story of a man and woman, savage and elemental, matching their hatred and a strange attraction in a race for a guilty secret and a sunken fortune." 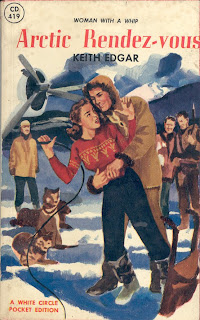 "Murder," She Said (Wm. Collins Sons & Co. Canada Ltd., 1950) - "Every man who looked at Susan Brown began to get ideas - wrong ideas. How was anyone to know that she was more at home with a sten gun and a set of burglar tools than in a parked car or the back row of the movies?" 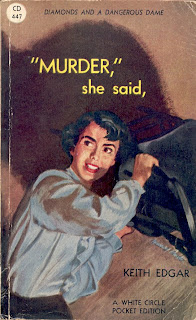