Articles about Harlequin (such as last years 60th anniversary) nearly always make a quick reference to the early pre-romance years and then move on to the modern Harlequin world of nothing-but-romance. In this blog we'll see the opposite. We'll stay in the pre-romance era and hardly ever refer to the Harlequin of the last 50 years.

From 1949 to 1959 Harlequin published 501 books (481 titles after reprints are removed). By the way I have to praise Harlequin for keeping the numbering sequence going these last 61 years. The series "Harlequin Romance" is the direct descendant and is now up to #4176 in June 2010.

The first three years saw the publisher's highest concentration of crime/thriller titles. Seventy-six (52%) of the 145 titles were in this genre. Westerns were second with 33 (23%), then romance with 19 (13%).

Here we'll look at some of the these earliest romances. Today "Romance" has a very specific definition in the publishing world. One site has this:

"Vital Elements of Romance Fiction:
•Conflict – Without some central conflict that divides the lovers, there is no story. The conflict should rely on issues between the lovers that divide them, and not external forces ONLY to keep them apart for much of the book.
•Growth – Characters who don’t grow throughout the novel are unsatisfying to the reader.
•Resolution – Problems between the two at the heart of the novel need to be resolved for readers to believe in that Happily Ever After, but the reader won't be satisfied if he or she doesn't believe that the resolution to the lovers' central conflict is permanent and deep."

In this blog I'm going to define romance slightly differently. The early Harlequin romances are books clearly published for the woman's market. The covers, titles and stories would make the books as appealing to the average male paperback buyer in the fifties as westerns would be to the average female buyer. At least some of the elements described above will be in each book but a "permanent and deep" happy ending is not required.

Here is a chart for the first three years:

Interesting to note, in light of the Harlequin history, how romance drops off to be replaced by crime and western in these early years. Here is one romance from each of these years. The first is the first Harlequin closest to the current romance definition. The second is a typical early title and the third is the only romance of 1951. Though here Harlequin hedged their bets with the cover. 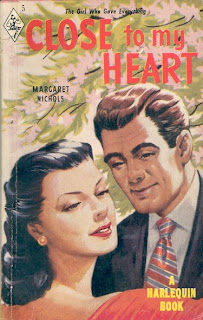 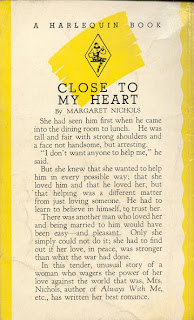 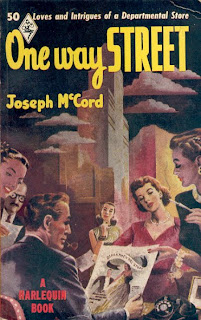 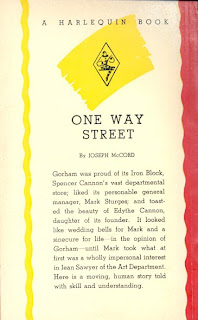 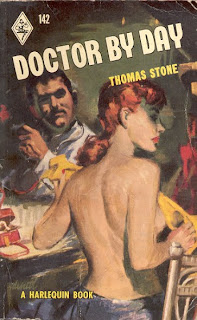 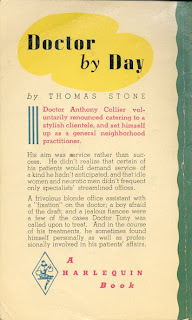