Abridged, expurgated, revised, bowdlerized - however you say it Export Publishing Enterprises Ltd. did it. Like their short lived competitor, Alval Publishing's Crow imprint, Export cut their books with abandon.

Lady of Lust by Carlotta Baker is a good example. Originally published by New York's Phoenix Press as The Fallen Woman in 1947, Export's News Stand Library edition was published in March 1949. The NSL version is approximately 25% shorter but as usual there isn't a notice. The first chapters (of 13) are cut from 5% to 25% but as the editor realizes space is running out the pace picks up - 45% of chapter nine cut and 75% for chapter 12. I can only imagine the effect on the story as I will never read either version. A circa 1950 reprint by American digest publisher Knickerbocker Publications, Inc. of New York is shown below the Export edition. The Knickerbocker edition advertises itself as unabridged. 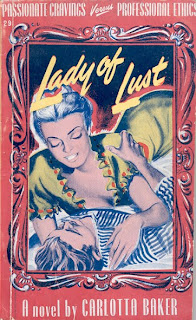 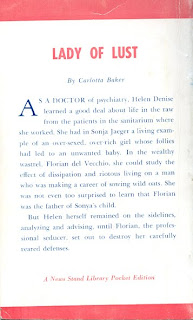 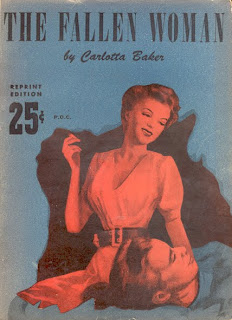 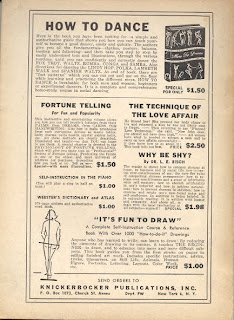 Knickerbocker nn back
Posted by bowdler at 13:19