In part I of this post I discussed this early paperback publisher from Los Angeles. Here I'll provide a bit more background and list the next eight (of 29) published by LA Bantam.

Bantam Publications, Inc. was a branch/subsidiary of Western Printing & Lithographing of Racine Wisconsin. Western went on to a much longer and successful publishing program in 1942 as a partner with Dell Books. LA Bantam was a bit of a mystery to collectors and researchers for quite a while. Here are quotes from some books:

"A series of twenty-nine books published by Western Publishing and Lithographing, they were distributed on the West Coast ... in the late 1930s." Thomas L. Bonn, Undercover: An Illustrated History of American Mass Market Paperbacks (New York: Penguin, 1982), p. 123.

There are other examples. Since the early 1980s the number published has been confirmed at 29 with nine illustrated covers. The details are:

Numbers 1 - 28 have at least one version of the type-only covers; numbers 21 - 28 and A1 have illustrated cover editions.

There is still confusion about when the books were published thanks to Bantam not providing a print date, just a copyright date. There is some external evidence that narrow the publishing dates which I'll look at in a later post.

Here are the next eight LA Bantams plus some covers. 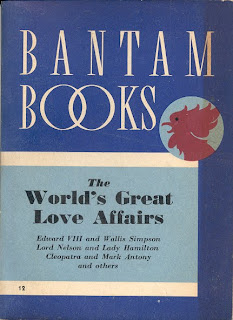 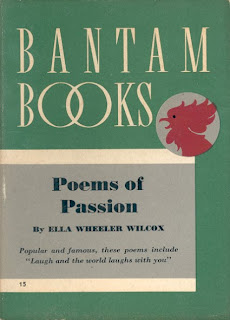 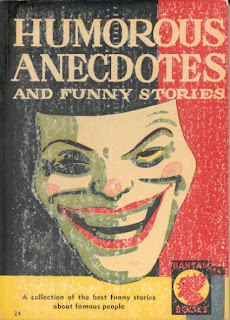