In parts I and II I've shown three books from a series published in Montreal in 1944 and 1945. Here are three more, all by Maurice Leblanc and starring Arsene Lupin.

The first Lupin story, L'arrestation D'Arsene Lupin (The Arrest of Arsene Lupin), was published in the French magazine Je sais tout in 1905. It and 12 others from three of the five collections of Lupin stories are available in a recent Penguin edition (Arsene Lupin, Gentleman-Thief, ed. Michael Sims) that I highly recommend. The story and eight others were collected in the first Lupin book, Arsene Lupin gentleman cambrioleur (Arsene Lupin, Gentleman-Burglar). The edition below was published in 1945 by Montreal's Les Editions Varietes. Also below are two Lupin novels from the same series.

One of the stories in that first collection is Herlock Sholmes arrive trop tard (Sherlock Holmes Arrives Too Late). The name is correct - Doyle (or his agents) were not happy with Sherlock showing up in this series, hence the subtle disguise. This is in the Penguin edition.

The second collection of Lupin stories was published in 1908 - Arsene Lupin contre Herlock Sholmes. It was published in England in 1909 as Arsene Lupin versus Holmlock Shears (yes - name changed again by the translator) and in America in 1910 as The Blonde Lady: Being a Record of the Duel of Wits Between Arsene Lupin and the English Detective. Also published by the obscure Atomic Books of New York. The last of Atomic's four books, Sherlock Holmes versus Arsene Lupin: The Case of the Golden Blonde, was published in 1946 as a paperback digest. The story is "adapted by JB". The book looks like a novel with no chapters and no sense that it is a collection of stories. 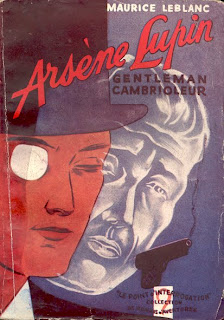 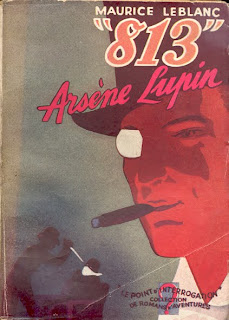 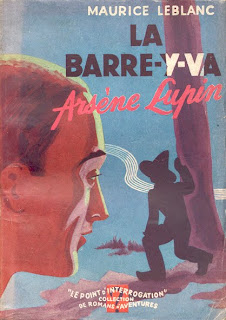 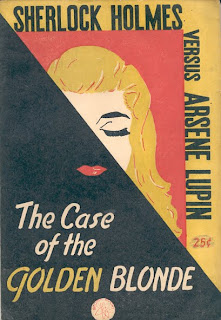