The Way We Were Part I

In We're #1 I highlighted the number ones for three early American paperback publishers. Here I'll continue looking at the early publishers, showing an example and an update on where they are now. 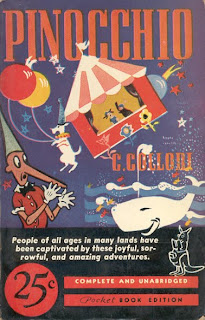 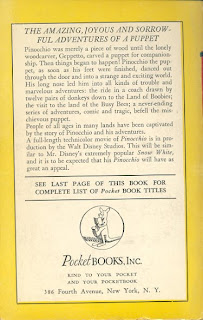 Pocket 18 front and back (1st printing - September 1939)
Avon Book Company published its first 12 books on November 21, 1941. Today Avon Books is an imprint of HarperCollins Publishers, a subsidiary of News Corporation, controlled by Rupert Murdoch. HarperCollins ranked ninth in the publishing world in 2006 with sales of € 1.06 billion. 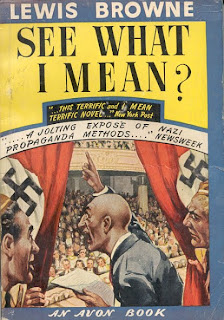 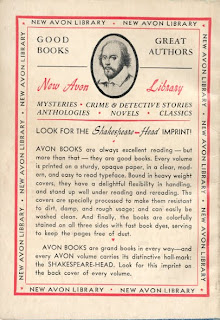 Avon 54 front and back (1944)
Pines Publications published its first titles of the Popular Library imprint in 1943. The Columbia Broadcasting System bought Popular in 1971 and it became a unit of the CBS/Education and Publishing Group. In 1977 CBS merged Popular with newly acquired Fawcett Publications to form Fawcett Books, Inc., a unit of CBS/Publishing Group. Popular Library’s publishing activity was substantially reduced and in 1982 Warner Books bought most of Popular’s assets and the imprint disappeared. 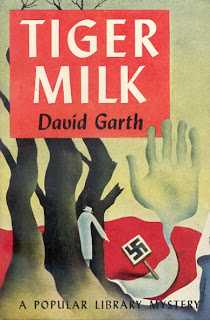 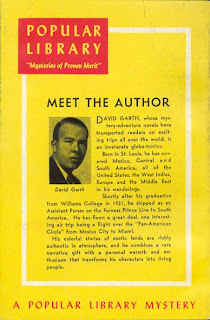 Popular Library 49 front and back (1945)
Dell Publishing Company sold its first ten books in early 1943. Today Dell Mass Market Paperback is an imprint of the Bantam Dell Publishing Group, a division of Random House, Inc., which is owned by Bertelsmann AG. Random House ranked fifth in the publishing world in 2006 with sales of € 1.83 billion. 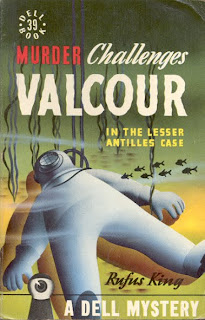 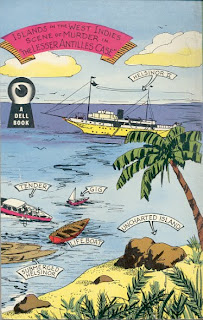