In a post a few days ago I showed that King's Enemies by J. M. Walsh was the first White Circle published by Wm. Collins Sons & Co. Canada Ltd. The White Circles ended in 1952 but one Canadian paperback publisher from the 1940s is still with us - Harlequin. I thought it would be interesting to compare the number 1 Harlequin with the number ones of a few American paperback publishers from the 1940s and early 1950s - companies that still exist, at least as imprints of global media companies. The first company is Bantam Books.

The first 20 books published by Bantam Books, Inc. were released on January 3, 1946. Mark Twain's Life on the Mississippi is #1. Today Bantam Mass Market is an imprint of the Bantam Dell Publishing Group, a division of Random House, Inc., which is owned by Bertelsmann AG. Random House ranked fifth in the publishing world in 2006 with sales of € 1.83 billion. 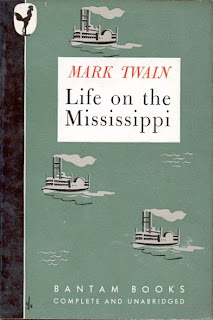 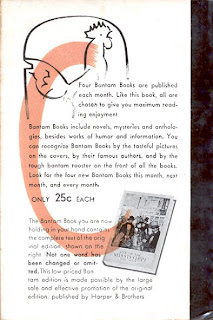 Bantam 1 front and back
A. A. Wynn, Inc. had been publishing first magazines and then books for more than 20 years when it published its first Ace Books in September 1952. Ace #1 is Samuel W. Taylor's Grinning Gismo and Keith Vining's Too Hot for Hell. Today Ace is an imprint of The Berkley Publishing Group, a division of Penguin Group (USA) Inc., the American operating company of the Penguin Group which is owned by Pearson PLC.  Pearson PLC ranked first in the publishing world with sales of € 4.55 billion in 2006. 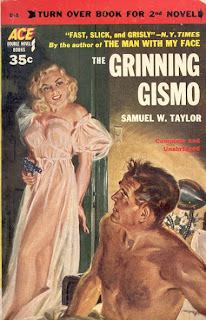 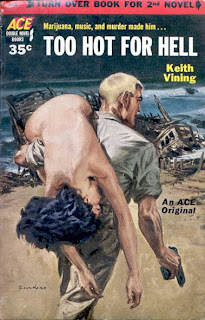 Ace 1 front and back
The third American publisher is Ballantine Books, Inc. which published its first four books on November 10, 1952. Executive Suite by Cameron Hawley is #1. Today Ballantine Books is an imprint of the Random House Publishing Group, a division of Random House, Inc., which is owned by Bertelsmann AG. 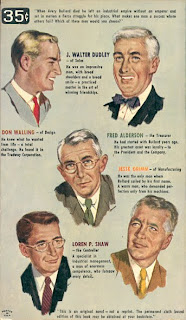 Ballantine 1 front and back
Harlequin # 1 from May 1949 is The Manatee by Nancy Bruff. Today Harlequin Enterprises is a wholly owned subsidiary of the Canadian media company Torstor Corporation. 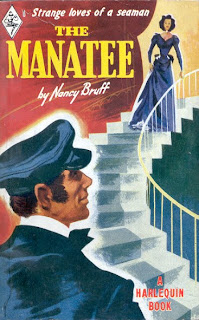 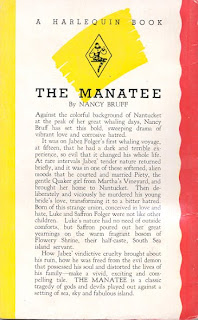 Harlequin 1 front and back
Posted by bowdler at 17:26