Bay Street has long been one of the most recognizable of Toronto's streets. Bay runs three km from the harbour to just past Yorkville Avenue. Along the way it cuts through the financial district, past both the new and old City Halls and just blocks from Queen's Park, the provincial legislature, and the University of Toronto. Two vintage Canadian paperbacks attest to its fame.

The first is the Hugh Garner's Present Reckoning (Toronto: Wm. Collins Canada, 1951). I've described the scene in an earlier post as the south-east corner of Bay and Richmond. Here is another scene, this time from Ronald Cocking's Die With Me, Lady published in 1953 by Harlequin Books. The book was originally published as Weep No More, Lady by Hurst & Blackett (London: 1952). 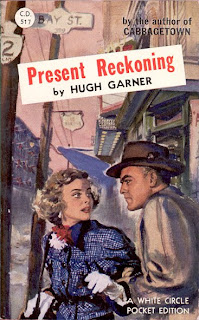 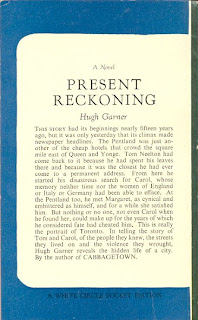 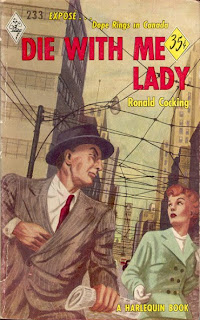 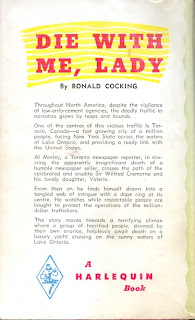