Leslie Ernenwein was one of 31 authors who had between three and six titles published by Harlequin Books between 1949 and 1959. Ernenwein wrote dozens of westerns, one of which won the Spur Award for Best Novel in 1956. The Spur Awards are given annually by the Western Writers of America. Ernenwein's six westerns for Harlequin were published from 1950 to 1953.

Here are three of the six Harlequins. 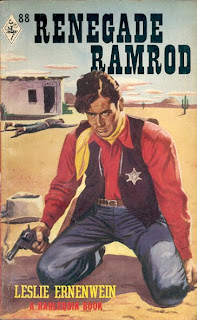 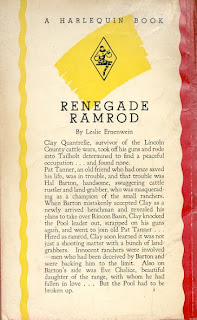 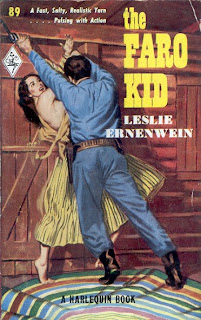 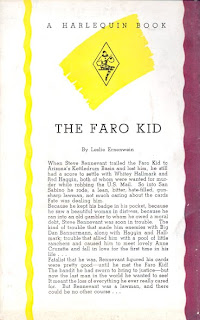 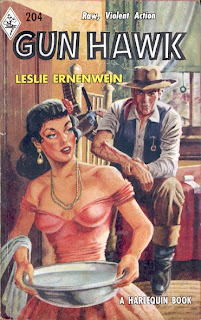 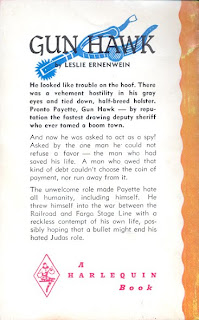