There is a group of five books published by Harlequin Books in 1952 and 1953 that state "An original title - not a reprint" on the cover. With the exception of a couple of later books Harlequin did not advertise its few paperback originals. These appear to be exceptions to the rule - or are they?

The books were published by New York's Hanro Corporation in late 1951 and early 1952 under the Phantom Books imprint:

The Harlequins are all copyright Harlequin and don't mention Hanro but, given the dates on the Hanro editions, the Harlequin editions are clearly not originals. Perhaps Hanro and Harlequin acquired the rights to publish in the US and Canada respectively at the same time but Harlequin just took longer. Harlequin then wasn't technically acquiring "reprint" rights.

Day Keene is a pseudonym for Gunard Hjerstedt (1903 - 1969). Keene became an actor in repertory theater in the early 1920’s. When his actor friends decided to try film, he instead turned to writing, and during the 1930’s was a principal writer for the “Little Orphan Annie” radio show, as well as contributing to the pulps. After he moved to the west coast of Florida, he began writing paperback originals in the late 1940’s, mostly fast-paced crime stories. By the 1960’s, he had abandoned mysteries for mainstream novels. 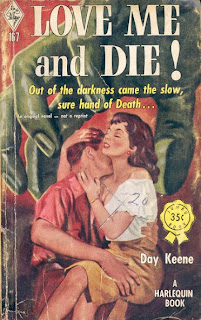 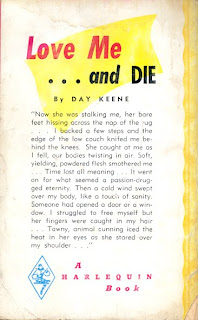 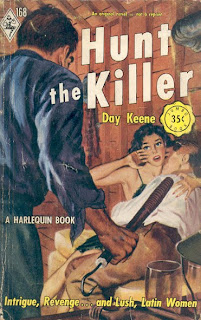 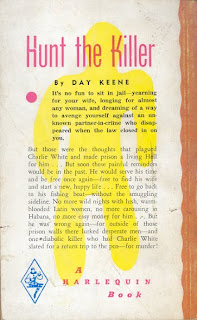 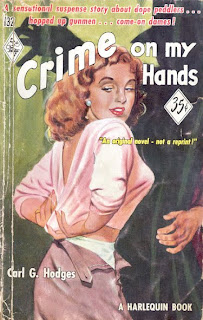 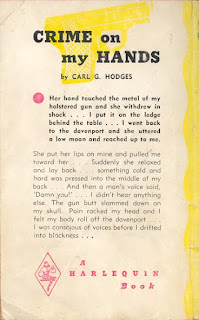 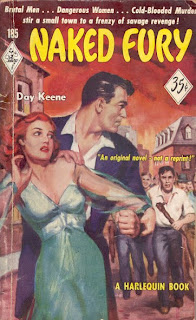 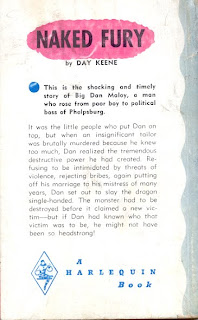