Alan Herman who worked professionally as Ted Allan was a novelist, screenwriter and playwright.

Allan was 33 when his novel Love is a Long Shot (as by “Alice H. Doherty” on title page) was published by Export Publishing Enterprises Ltd in 1949. A revised version of the novel was published in 1984 by McClelland and Stewart in hardcover with the same title and by Ted Allan. The Export edition is not mentioned.

The action in both stories revolves around a cigar store in 1930s Montreal that fronts a bookie joint but the main character is changed from a woman to a man. The Export edition is a crime story involving murder while the 1984 version is a coming of age comedy. The McClelland version won the Stephen Leacock Memorial Medal for Humour. The Leacock medal rules state that “books of which significant or substantial parts have been previously published in book form” are not eligible. One can only speculate as to whether this was considered when the book was awarded the medal. It must have been a lean year for Canadian humour in 1984 as Love is a Long Shot is a cliched unfunny novel. Much funnier is the author's note on the Export edition - "There was a time long, long ago when there were gambling dens and houses of prostitution and police corruption in the city of Montreal; but that, of course, is no longer true today." 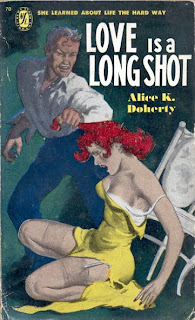 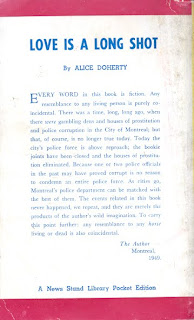 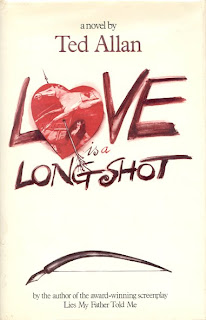