Part I provided definitions for each of the four terms used to bibliographically classify a book. Here is the classification of an Export Publishing Enterprises Ltd book, Overnight Escapade and other stories by Stephen Mark.

There are six variants of this title:

Differences in the wraps:

Differences in the text:

A state is defined as a "copy or group of copies of a printed sheet or a publisher's casing (i.e.: covers) which differs from other copies of that sheet or casing in any respect which the publisher does not wish to call to the attention of the public as representing a discreet publishing effort." Usually states result from error or the correction of error. None of the remaining differences in the six variants create states.

To sum up - one edition with one impression and three issues. 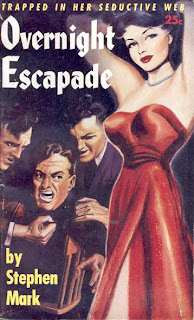 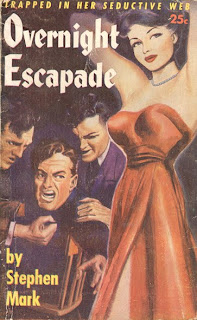 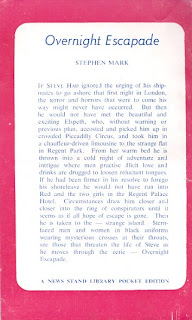 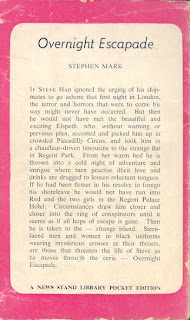 News Stand Library 24A back variant 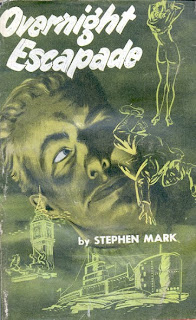 News Stand Library 24A with DJ 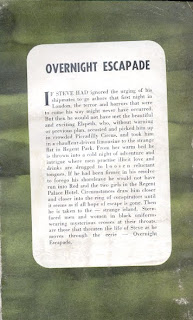 News Stand Library 24A with DJ back
Posted by bowdler at 14:32