Of the, depending how you count, twenty or so Canadian paperback publishers of the 1940s and 1950s only two are still in business. Harlequin Enterprises is one. But the other one is likely to come as a surprise. Around 1950 Baxter Publishing published eight paperbacks about the NHL, all written by sports journalist Ed Fitkin. Now called Baxter Publications, the Toronto company is an "all media" business for the travel and education industries.

The eight books are: 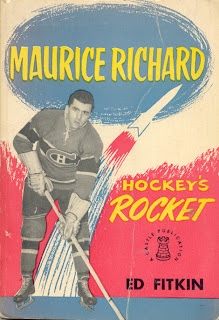 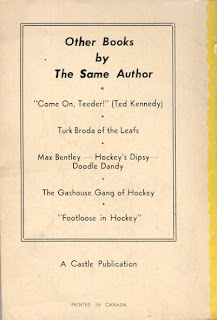 ﻿Maurice Richard: Hockey's Rocket back
Posted by bowdler at 10:45