I've said often here that I knew nothing about Canadian artist D. Rickard who illustrated dozens of paperbacks in the late 1940s and early 1950s. He is the only artist to have worked for the three big early Canadian paperback publishers - Wm Collins Sons & Co. Canada (White Circle), Export Publishing Enterprises (News Stand Library), and Harlequin Books.

A recent look through Toronto City Directories may have uncovered something about Rickard.

There is a listing in 1947 for "Douglas Rickard artist Canadian Art Centre, residence 68 Ferrier Avenue". There are no listings for 1948 to 1950 then in 1951 "Doug Rickard art director Harold F. Stanfield, residence 577 Glengrove Avenue West". The same residence but no occupation is seen for "Doug Rickard" in 1952 and 1953.

There is a listing in 1949 for "Rickard Studio (John Smith and Robert Nokes) commercial artists". This is the only year. The two artists then show up in subsequent years with different details. I don't think this is related to our Rickard.

Harold F. Stanfield Ltd was a Toronto advertising agency operating from 1944 to 1958. I can't find anything on a "Canadian Art Centre" in Toronto in the 1940s.

Here is a gallery of Rickard's work. 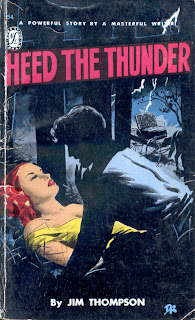 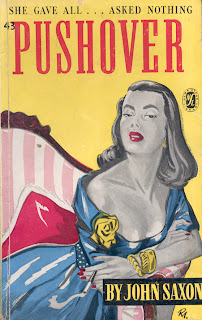 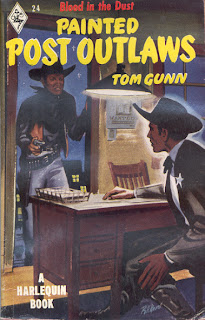 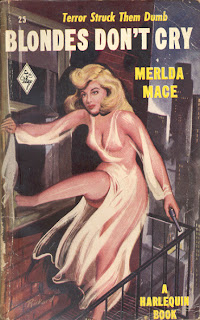 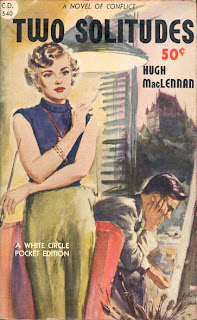 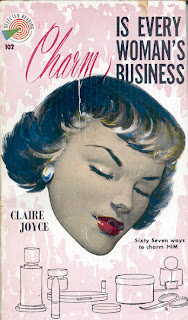 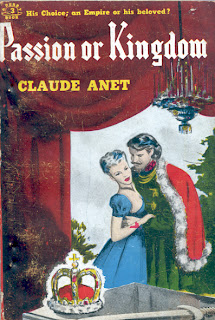