For me the most appealing feature of the 28 book US series from Toronto's Export Publishing Enterprises is the dust jacketed books. In earlier posts I've shown 19 of the 20 DJ books plus examples from non-Canadian publishers.

The books are uncommon, even rare. But which is the least, most uncommon? I'd say Jesse James is the least, Sin for Your Supper the most. I have two copies of Jesse, there have been two for sale on ABE for years from the same dealer and two copies have shown up on eBay in the last few months. I have a copy of Sin but I know of one collector who has been looking for 30 years.

Joining these books is a 1946 digest sized paperback "cheap edition" from the Scottish/British firm Wm. Collins & Sons and Co. Indian subsidiary. This has a dust jacket glued on at the spine covering blank card stock with the illustration from the original edition published in 1944. 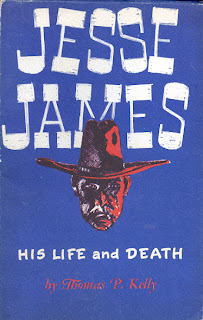 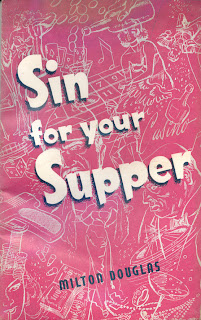 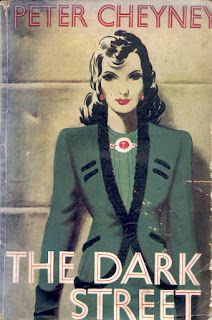 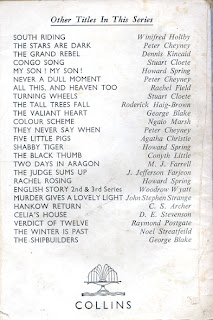 Wm. Collins Indian "cheap edition" back
Posted by bowdler at 11:32