The most colourful of Toronto's Fireside Publications magazine sized "A 3.00 Immortal Classic for fifty cents" series is Rocket Flight to the Moon by Jules Verne. Of course this is a renamed From the Earth to the Moon, first published in 1865 as De la Terre a la Lune. The novel and its sequel Around the Moon (Autour de la Lune, 1870) have seen many English editions with modified titles but Fireside's is the only one with rocket in the title.

Subtitled "A story to kindle atomic-age imaginations", the Fireside edition is 96 pages and undated but circa 1950. The artist of the cover and eighteen internal illustrations is unknown.

Here are a couple of nineteenth century paperback editions of From the Earth to the Moon. 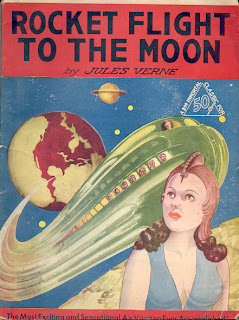 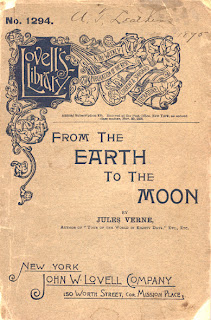 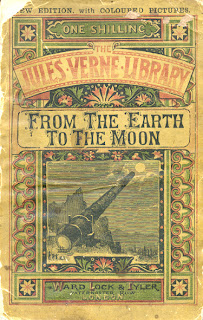