"The Time Machine represents a revolution in storytelling. It may stand in a tradition of marvelous travel tales, but it presents us with something new: a story whose mainspring is a dramatization of the grand, grim process of evolution. Unprecedented as this was in 1895, one might think that by the time a century had passed, the bemusement of literary critics might have given place to a general acknowledgment of H.G. Wells's stature and the new gifts and vistas he brought to a traditional form of literature."

How many editions of The Time Machine have been published? Including all languages, thousands I'm sure. Here are four paperbacks, three English, one Bulgarian.

The first English is a special one - the first British edition in wrappers, one of two currently for sale. 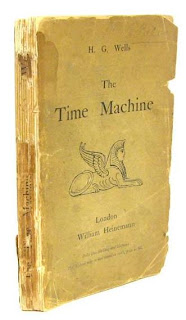 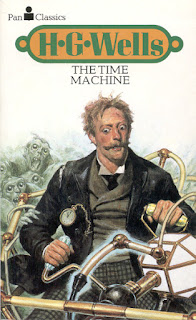 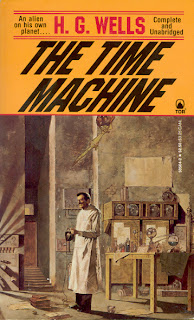 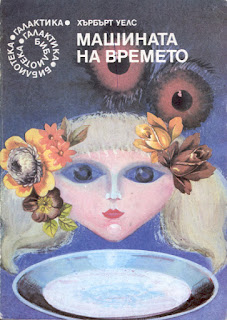