Harlequin Books published seven science fiction titles (of a total 477) from 1949 to 1959. Three were by John Russell Fearn (1908 - 1960). Fearn was an Englishman who in his relatively short life published well over a hundred SF, western, romance and crime novels, often under a pseudonym. He was a human Harlequin! Canadians of the 1940s and 1950s would have been familiar with Fearn in the Star Weekly magazine.

The three SF books published by Harlequin were from his Golden Amazon series, six of which were published in his lifetime. All were first published in hardback. 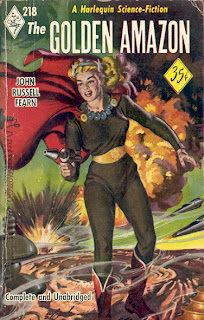 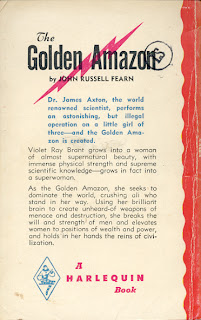 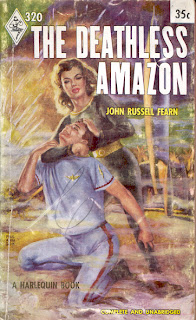 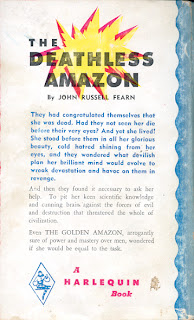 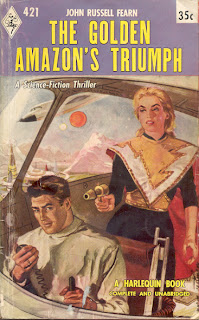 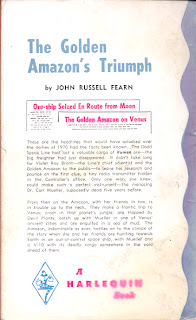