There were 481 illustrated covers on the books published by Harlequin Books between 1949 and 1959. Some artists like Paul Anna Soik illustrated dozens of covers. Others less than five.

One of these artists is "Ikeno" who illustrated five covers, all westerns, in 1952 and 1953. This is likely Masayoshi Ikeno who is listed in the 1952 and 1953 Toronto City Directories. The first as an artist with New Liberty Magazine, the second as Art Director of the magazine. I can find nothing else about him.

The Canadian edition of New Liberty Magazine seems to have hung around from the twenties to the sixties. The copies I've seen from the early fifties and early sixties (then called Liberty) show an uninspired family magazine. The February 1953 issue has Mas Ikeno listed as Art Director and well known Canadian businessman Jack Kent Cooke as President and Publisher. 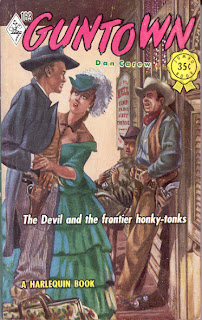 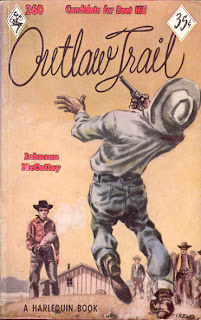 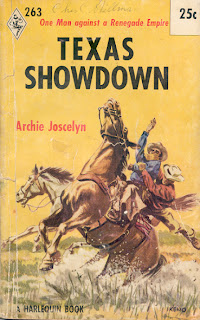